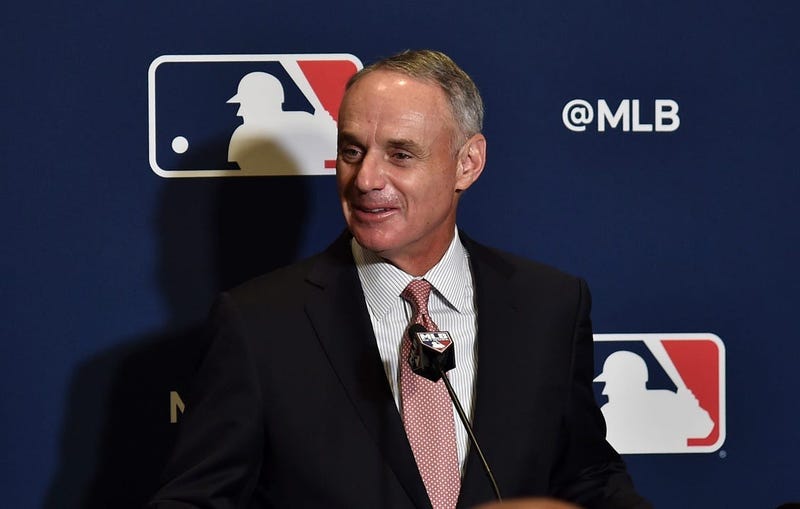 Cleveland, OH (92.3 The Fan) – Major League Baseball has agreed to multiple changes that will be put into place over the next two seasons.

The MLB Players Association and the MLB announced an All-Star Game Election Day and a $1 million bonus for the Home Run Derby winner, both of which will start this season.

They’re also giving pitchers a three-batter minimum, roster expansion and a firm trade deadline of July 31, all of which will start in 2020. Rosters will increase from 25 to 26 players and there will be a maximum number of pitchers allowed.

The All-Star game changes are interesting, especially with the event coming to Cleveland this summer. Having an election day to vote for the All-Star team is much different than snagging a ballot at the ballpark and punching a hole next to your favorite player.

Fans will still vote online for their favorite players. The top-three vote getters will be put on the ballot for a one-day election. This is an opportunity for baseball to market its’ biggest stars, which is something they’ve struggled to do.

The Home Run Derby bonus is intriguing. The winner of it will receive $1 million and there will be $2.5 million total up for grabs during the competition. Imagine Francisco Lindor or Jose Ramirez at the plate needing to hit 13 home runs to win the derby and win the bonus money. It should make for great reality television and could transform the home run derby.

The changes in 2020 will have a greater impact on the field. They tabled discussions to implement a pitch clock, but the new rules will force every pitcher to face a minimum of three batters. The trade deadline will also be set for July 31 and there won’t be any wiggle room for teams to negotiate August deals after the non-waiver deadline. The MLBPA hopes this forces teams to be more aggressive in the offseason, instead of waiting until the summer to make moves.

Every player will have to be labeled as a position player or pitcher. Position players won’t be allowed to pitch unless the game is in extra innings or if a team has a six-run edge. The maximum number of mound visits will drop from six-to-five.

The MLB and the MLBPA will create a committee to explore other changes in the future.