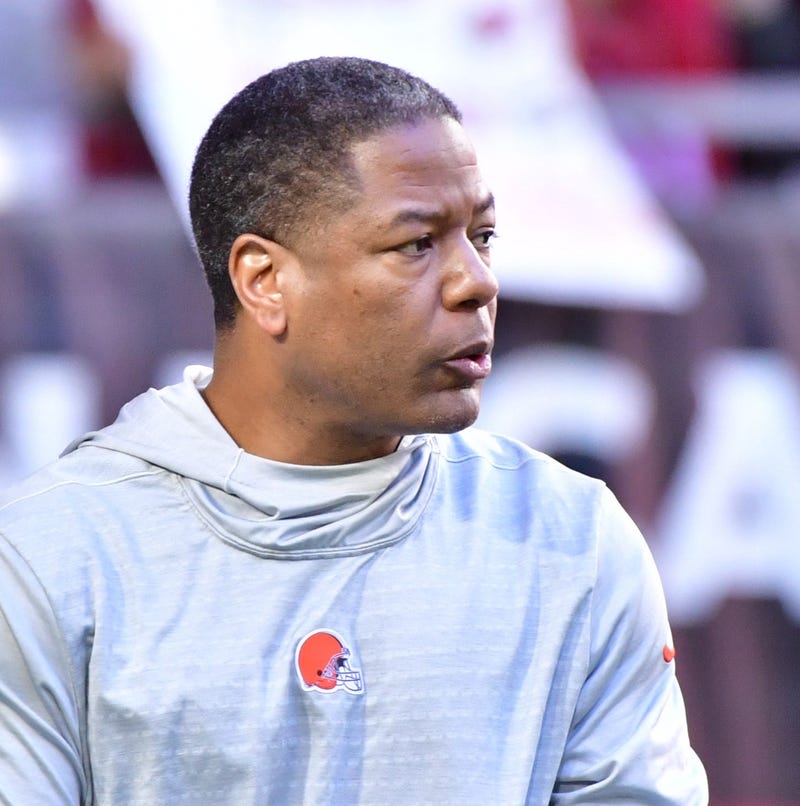 BEREA, Ohio (92.3 The Fan) – Defensive coordinator Steve Wilks has heard the talk about the Browns quitting last week in Arizona, and he’s not buying it.

Running back Kareem Hunt called out his teammates on Monday for a lack of effort, which quarterback Baker Mayfield said Wednesday he appreciated.

Wilks’ unit gave up 299 yards in the first half and surrendered a total of 445 yards, including 226 on the ground in the loss to Arizona.

Wilks believes the team is giving maximum effort down the stretch, even if the results might indicate otherwise.

“The bottom line is we have to go out and perform,” Wilks said.

After talk of coming out flat against the Cardinals, the Browns can’t afford a repeat performance against the high-flying Ravens, winners of 10 straight and the AFC North.

“I try to come out every game ready to go,” defensive tackle Larry Ogunjobi said. “I do not really get into all the hype. The bar is set as far as what is going on. Just once you get here, come out and do your job. This is what you do, and I feel like if you care about this, you should be passionate about this, especially on Sundays when you go out and play. That is how I am, and hopefully, it will trickle throughout the team, but I feel as if that guys will answer the call.

“I think we're together without a doubt,” Wilks said. “I think the guys are still playing hard. I think Freddie is doing tremendous job echoing the message he's been trying to send all year — go 1-0. We're going to try to finish strong. That's our mindset.”

Wilks has yet to play with a complete full deck this season.

First it was cornerbacks Denzel Ward and Greedy Williams who had injuries early, and now the Browns are without defensive end Myles Garrett, suspended indefinitely, and Olivier Vernon, who is dealing with a knee injury that has sidelined him for five of the last six games.

“I really feel like we have lost a lot,” Wilks said. “We have been missing a couple of guys throughout the year. I felt like the guys have stepped up and tried to make the best of it.

“There is nothing we can do about that. We have to get guys to fill the void.”