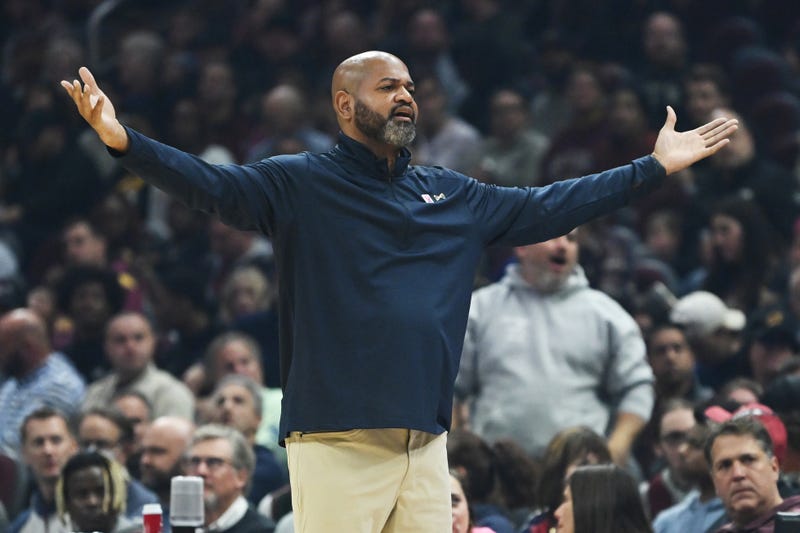 When asked about what he told his players at halftime on Wednesday night, Cleveland Cavaliers head coach J.B. Bickerstaff delegated that responsibility to his players.

“I’ll let them tell you,” The Cavs coach joked. “I can’t repeat it. My mom would wash my mouth out with soap.”

Bickerstaff's players did delve into the matter of his halftime words following the Cavs’ 103-92 Wednesday night home victory over the Orlando Magic.

“If you see how J.B. is animated during the game, just multiply that by three,” Cavs big man Jarrett Allen laughed in the press conference. “It got us going.”

Fellow Cavs big man Evan Mobley added: "He kinda lit us up at halftime. He was [just] trying to get us to play our brand of basketball – Cavaliers basketball. He felt like we weren’t really doing that, and he’s definitely right. The second half, we just tried to do what he said. Really pick it up…and that’s what we did.”

The Cavs managed an 8-0 run to lead 54-50 just before the break, but only after Orlando pulled an 11-0 run to take a brief lead in their quest for their first win of the year.

When asked what he wasn’t liking about his team’s first-half performance, Bickerstaff explained: “Everything. I don’t think we played Cleveland Cavaliers basketball in the first half. Defensively, I didn’t like the way we were competing. Things were too easy. I thought we were trying to do too much offensively instead of taking the play in front of us. I didn’t like our attention to detail.”

However, J.B. had plenty of good to lament on in the team’s second-half answer: “They responded well. They took it, they understood it. There was a fire lit, and I appreciate those guys for their responding.”

Allen, in particular, continued his run of aggressive physicality and offensive production, ending the night with 18 points and 16 rebounds – both of which were season-highs for the reigning All-Star. His third quarter, consisting of six points and six boards, came via some rim-rattling highlights, including a dunk on 7-foot-2 Bol Bol.

Allen also agreed with Bickerstaff’s first-half thoughts: “We weren’t playing our expectation of basketball, to our level of going out there and just playing with that fight and energy.”

In four regular season games, Allen has scored in double-digits in three of those contests and has only failed to grab 10 or more rebounds once. He also surpassed 3000 career rebounds during Wednesday’s game.

Meanwhile, fellow big man Mobley managed his best offensive performance so far this season, finishing with a season-high 22 points (9-15 FGs) along with three rebounds and three assists. The Cavs’ second-year vet had been searching for offensive opportunities in the first three games of the season, as managed to find a few of Wednesday night.

“I found my rhythm in the second half,” Mobley commented postgame. “I really got to it.”

Mobley, whose 22 points included 17 in the final 24 minutes, talked about becoming more involved in the offense.

“The second half, I was just really looking to attack. Once I attacked a few times, I got my rhythm [going]. I missed most of the preseason, so I really felt like I haven’t got a rhythm [going yet], but gradually I feel I’m getting more and more in that rhythm.”