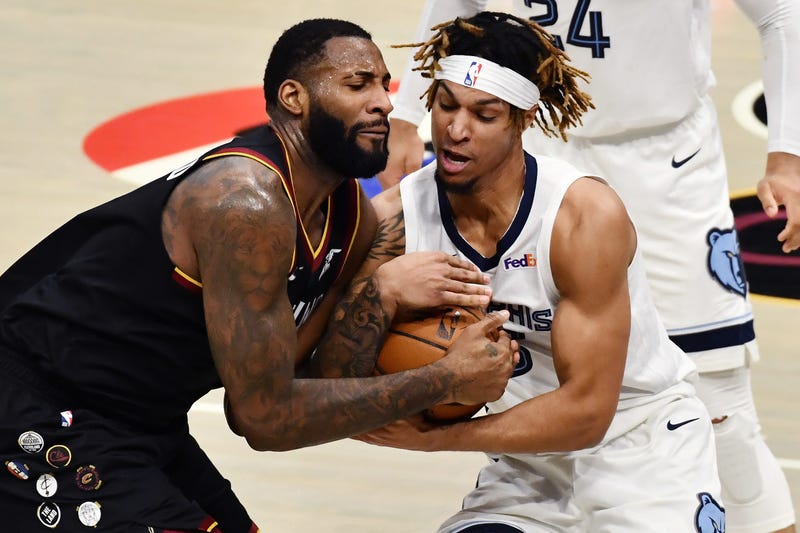 CLEVELAND, Ohio — Throughout the course of the 2020-21 season the Cavaliers will undoubtedly endure some painful lessons.

While there’s no scientific evidence that growing actually hurts, the aches and pains of developing into a finished product can sting.

The wine and gold endured more of those bumps on their way to a 101-91 loss at the hands of the Memphis Grizzlies on Monday night at Rocket Mortgage Fieldhouse.

“This one was on us tonight.” Cavaliers coach J.B. Bickerstaff said. “You look at the entirety of the game, you finish the game with (17) turnovers, it’s hard to survive that. Especially playing low possession games.”

For the first time all season, Bickerstaff felt his team lacked competitiveness and selfness down the stretch. Two key elements that have largely become a staple of his tenure.

“Being shorthanded, we’ve got to play the game as near perfect as we can in the two areas that matter most,” Bickerstaff said. “

The Cavaliers jumped out to an 11-3 lead in the first quarter before Memphis slowly worked their way back into the lead.After taking the early lead, the Cavaliers found themselves playing from behind for a majority of the game.

Memphis took a one-point advantage into the break before things began to unravel for the wine and gold in the third quarter.

“It’s definitely a weight, (playing from behind) and you almost have to play perfect basketball. Our third quarter has been kind of an achilles heel for us,” Bickerstaff said. “We’ve got to be much better in the third quarter, so that we’re not facing those deficits going into the fourth quarter.”

Andre Drummond extended his Cavaliers record for most consecutive double-doubles to start the season with his 11th straight on Monday night against the Grizzlies. Drummond tallied 19 points and pulled down 14 rebounds, despite being a focal point for the Memphis defense.

“Obviously they are extremely physical with Valancuinas. They’ve got size to body him and be physical with him early,” Bickerstaff said. “We’ve go to do a better job spacing around him to get some of the hands out of the way so that he can go to work.

For the second consecutive game, Collin Sexton was scratched from the lineup. Sexton was expected to make a return to the Cavaliers’ lineup after sitting out the last two games with an ankle injury, and was initially penciled into Monday night’s starting lineup.

“I literally found out before the national anthem,” Bickerstaff said.

Rolling with the punches has become a common theme. The Cavaliers were without Sexton and Darius Garland, two of their top scoring threats. As a result, their offense looked sluggish for much of the night.

“I feel like sometimes we’re finding great shots but we just can’t knock them down. But we just have to keep playing and trusting each other,” Cedi Osman said.

For the eighth straight game, the Cavaliers failed to top the 100-point mark. They also turned the ball over 17 times which led to 19 Memphis points off turnovers.

Defensively the Cavaliers surrendered 101 points, which normally might be a total that’s celebrated. But the Grizzlies made a living in the lane, scoring more than half of their points from inside the paint.

“Our goal is to protect the paint with multiple bodies so teams don’t get in there.” You look at, they scored 64 points in our paint,” Bickerstaff said. “You add the free-throws and 80 of their points came from our paint and the free throw line. Throw in (turnovers) and it’s dang near impossible to win that way.”

Fortunately, for the Cavaliers Utah comes to town Tuesday night. Another chance to work through those troublesome growing pains.