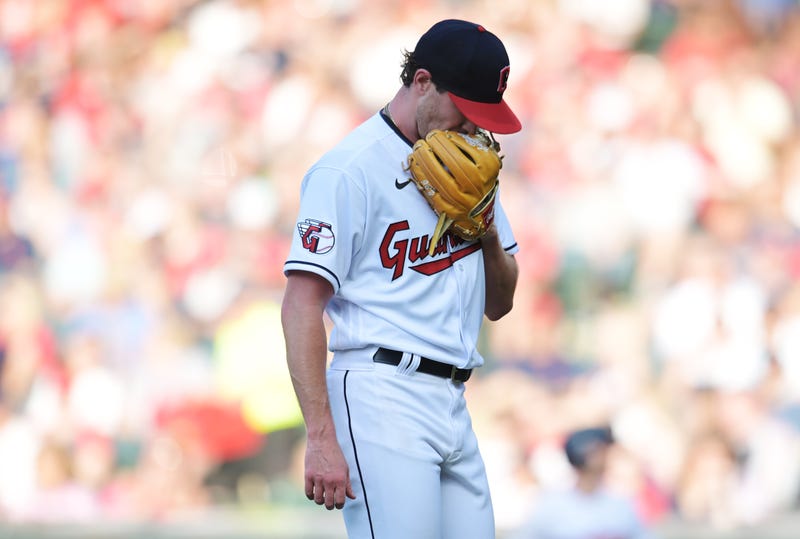 CLEVELAND, Ohio – One mistake is all it took.

“It was a hanging curveball,” said Guardians’ starter Shane Bieber.

He would do just about anything to get it back.

“It looked like he was looking for it. It’s obviously frustrating,” Bieber said. “I thought there were a lot of good things leading up to that in the outing and I got to two outs in the inning, but giving up three straight hits, a three-run homer is always frustrating.”

For the second straight night, a costly error by a Guardians pitcher resulted in a ball hit over the fence.

Saturday evening it was Verdugo, who deposited Bieber's 2-0 offering in the 6th inning over the right-center field fence to push the Red Sox a 4-2 win over the Guardians at in front of 27,239 Progressive Field.

“Once you faced a guys like three or four times with the order, they've seen all your stuff. You got to try and be creative, but also at the same time you got to go with strengths,” catcher Austin Hedges said.  “Good hitters are going to hit some good pitches sometimes.”

The Guardians tagged Boston starter Josh WInckowski for a pair of runs early to take a 2-0 lead in the third inning.  Amed Rosario smacked his league-leading fifth triple that scored Steven Kwan and Jose Ramirez followed it up with a SAC Fly to score Rosario.

Bieber appeared to be dialed in and on the way to towards erasing his previous struggles against the Red Sox. The Guardians ace was cruising with two outs and nobody on in the before J.D. Martinez and Zander Bogarts singled.

Verdugo followed with his no-doubter to right-center.

“I’m kicking myself a little bit for literally three at bats in a row where, I feel like sequencing wise, pitch selection wise I could’ve changed something up,” Bieber said. “I think every single one of those at-bats, sequencing wise I could’ve switched it up a little bit better, but I made a mistake. I didn’t make very many all day, but I made one and got burned for it.”

The margin of error against Boston was always going to be razor thin. They lead the American League in average (.259), hits (634) and extra base hits (243). Francona’s Guardians lead the Major Leagues with the lowest strikeout rate at 7.02 per game, but Boston isn’t far behind at 7.98 per contest.

“They make contact. They're not easy to strike out. They certainly hit with authority, but they also put the ball in play and hit the ball the other way,” Francona said. “If you make a mistake they can make you pay for it.”

The loss snapped Cleveland’s streak of seven-straight series wins and marks the first three-game losing skid in a month.

If not for an incredible escape act by reliever Trevor Stephan, the Red Sox could have blown the game open in the 8th inning.
Stephan relieved Bieber after seven strong innings, his 10th quality start of the year, and loaded the bases.

But he induced a pair of ground ball force-outs at home and got Trevor Story to strike out to keep the comeback hopes alive for the Guardians.

“It didn't look good. And all of the sudden, he gets out of it gives us a chance,” Francona said, “He could've folded there and he didn’t.
He made some really good pitches and he fought back. That was really good to see.”

Bieber anticipated Boston would be aggressive early and try to get deep into counts and run up his pitch total.

“I just tried to commit to the zone with all five of my pitches.
That got us in some pretty advantageous situations,” he said. “Obviously until that sixth inning, that sixth inning happened but the seventh we went right back to it. Really just a lapse for three or hitting. That’s the game that we play.”

The Red Sox tacked on an insurance run in the 9th to make the final score.

“it's just making pitches and good hitters making some good swings sometimes,” Hedges said. “I thought today, you know, we were this best off the curveball and Verdugo is a good hitter and he was able to put a good swing on it. But it's not really anything overthink.”

NOTES -- Josh Naylor got a night off Saturday. Francona said Naylor had to stretch for a ball and stepped off first base flexing his foot. The Guardians skipper wants to keep an eye on Naylor, just a year removed from a horrific leg injury, and give him a day off.

With left-hander Rich Hill getting the start for Boston on Sunday and Naylor hitting .196 against lefties, he may get an extra day’s rest before rejoining the lineup.