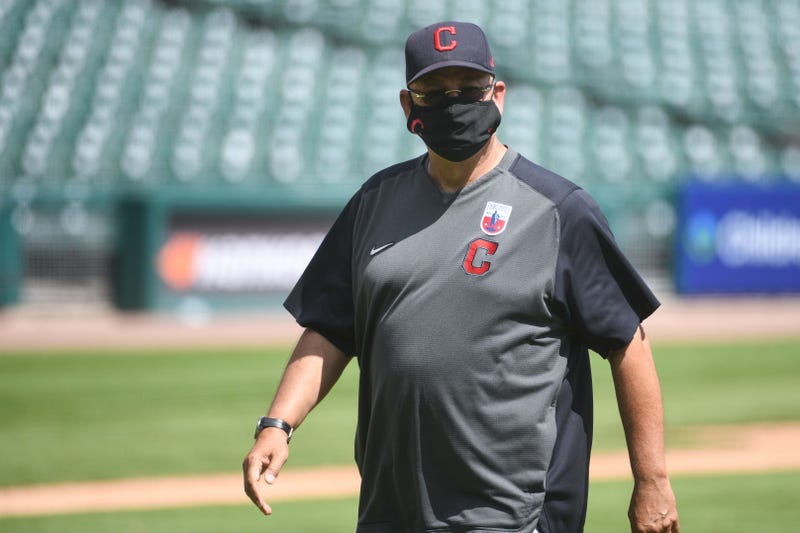 The two-time Manager of the Year is feeling better after addressing an issue with clotting in his blood.

"I had a chance to visit Tito in his apartment today," Said Indians team president Chris Antonetti before Friday's home game against Milwaukee. "Good news is he's doing better. He's still recovering and it will still be a while before he rejoins us. I was really encouraged by the way he looked today and I know he's feeling better, which is all great news."

In early August, Francona, 61, also had a procedure to address a gastrointestinal issue at the Cleveland Clinic.

"He's been through a lot, so I expected sometime that he'll rejoin us," Antonetti said.

From watching his team on television, Francona is proud of how the coaching staff has handled the ballclub while recovering from his surgeries – especially acting manager Sandy Alomar.

"Tito is very proud of Sandy (Alomar) and the coaching staff on the way they adjusted in his absents," Antonetti said. "He's really proud of Sandy and the rest of the coaches – and highlighted Sandy getting this opportunity will help teams realized just how capable he can lead a team and franchise."

Alomar is 15-8 on the season as the acting Manager for the Indians, while Francona only managed in 14 games this season (8-6).

"I think we're at our best when we're leaning on each other expertise and tapping in into our resources," Antonetti said.
"It helps to navigate through situations. I think Sandy has exemplified them on relying on the staff and other resources that are available to him.
That's the training staff, strength and condition group and our front office.

"Sometimes when you're in a leadership role, saying 'Hey, I got this I can do this on my own.' Instead, Sandy is taking the opposite approach and had great confidence into what he thinks, his own baseball experience, but is very eager and seeking out other opinions ... I think that's a real strength of his."

Antonetti gave an update on starting catching Roberto Perez, who left in Tuesday's game at Kansas City after dealing with a shoulder problem.

"It's feeling better; he reports this is a different shoulder problem ... it's more shoulder fatigue, so we'll give him a couple more days to give it a rest. Then he'll start a throwing program, and he could be back in the next several days – it's nothing in the long-term."