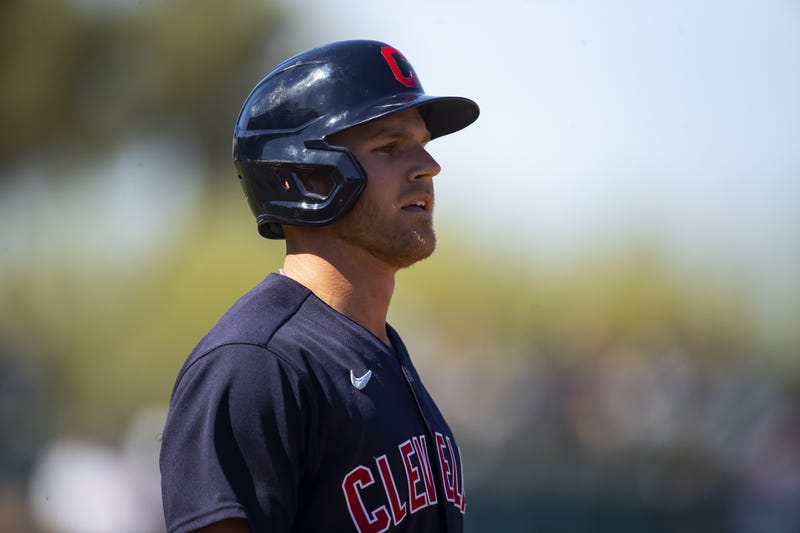 CLEVELAND, Ohio - The Cleveland Indians have traded Jake Bauers to the Seattle Mariners, five days after the Tribe designated the first baseman for assignment.

Bauers, who will be in Seattle's starting lineup for their Thursday game against the Detroit Tigers, was dealt for a player to be named later or cash.

1B Jake Bauers has been traded to the @Mariners for a player to be named or cash. He will be on their active roster for their game today at Detroit

Bauers was part of the three-team trade back in 2018 that involved both the Tribe and Mariners (along with the Tampa Bay Rays) that sent Yandy Díaz and Cole Sulser to Tampa Bay and Edwin Encarnación to Seattle - and also returned Carlos Santana to Cleveland. At the time, Bauers was coming off a 2018 in which he hit 11 home runs and 48 runs batted in over 96 games with the Rays, who acquired the then-prospect from the San Diego Padres in a 2014 deal that included the Washington Nationals.

Bauers got another shot at the pros this past spring when he won the position battle against current-Indians infielder Bobby Bradley. Despite Bradley having better numbers during spring training, Bauers made the Opening Day roster because he was out of minor league options. In 43 games this year for the Tribe, Bauers was batting .190 with two homers and six RBIs, along with an OPS of .557 and 27 strikeouts.

Bauers will now suit up for Seattle, who has been beset by injuries at both first base and in the outfield - positions at which Bauers has had experience.

To make room for the incoming Bauers, the Mariners DFA'd infielder Jack Mayfield.