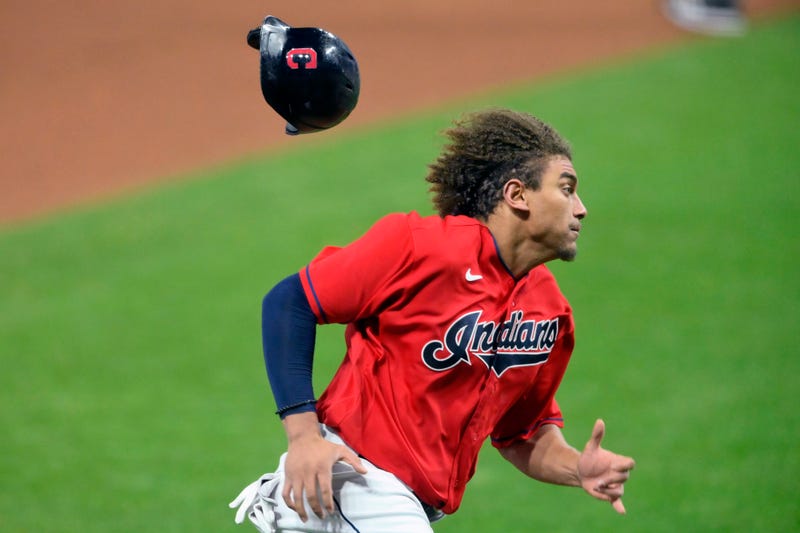 CLEVELAND, Ohio (92.3 The Fan) - When Indians General Manger Mike Chernoff traded for Josh Naylor, he knew it was a move that would fit in with the club’s family atmosphere.

The 12th pick in the 2015 MLB Entry Draft would also be reunited with brother Bo, a first-round draft pick of the Indians in 2018.

A top-5 prospect in the Padres system, Josh had the potential to flourish in a lineup that would include the likes of Franciso Lindor and Jose Ramirez.

But Tuesday night at Progressive Field in the Indians' 12-3 loss in Game 1 of the their best-of-three Wild Card series with the Yankees, Naylor was lone blip in an otherwise flatlined offense.

“That’s one of the guys that’s got a perfect approach against (Gerrit) Cole,” Manager Sandy Alomar said. “He was getting on top of the ball, he wasn’t dropping his barrel. There was no launch angle in that swing. It was a perfect swing for him.”

Naylor finished his night 4-for-4, including a solo home run to center field off of Yankee starter Gerritt Cole. Cole made easy work of the Tribe, carving up Indians hitters through seven innings of work while allowing six hits and striking out 13.

The 13 strikeouts are the second-most in postseason history against the Indians.

“I’ve faced him in Road to the Show a little bit on MLB The Show.” Naylor said with a laugh. “He’s a good pitcher. He’s dominant and he was on tonight. I was lucky to get a few off of him and I’m thankful for that.”

Since coming to Cleveland in the deal that sent Mike Clevinger to San Diego, Naylor has gone 9-for-27 with three doubles and five runs scored.
Settling in after a trade can be a difficult adjustment. But if Game 1 is any indication, Taylor is as comfortable in an Indians uniform as he was with Cole’s 97-MPH fastball.

“With a pitcher like him (Cole) you kind of have go bear down, you’re only going to get one pitch to do damage with,” Naylor said.

Down 1-0 in the series, its damage the Indians hope sparks a turnaround that begins Wednesday night.