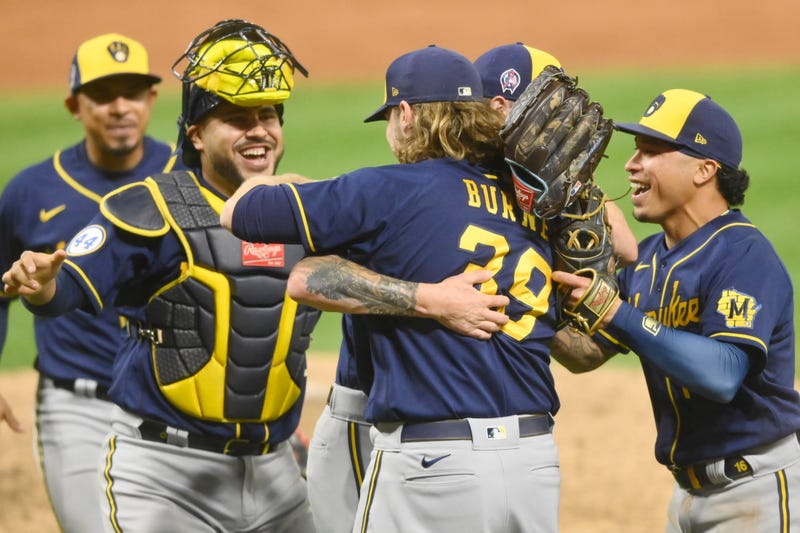 CLEVELAND, Ohio – Sometimes it’s not always how you pitch, but when you pitch.

For Indians’ starter Zach Plesac, he knows that all-too well.

The Indians were no-hit for the third time this season in a 3-0 loss to the Milwaukee Brewers at Progressive Field Saturday night. Plesac was the starter all three times.

“I don’t even know if that makes sense to me yet,” Plesac said. “I think it’s insane. I don’t know if it’s me or what’s going on. It’s incredible, ach time we’ve been no-hit I’ve been the starter.”

The feat puts the Indians in a category of history they’d rather not find themselves in. They’re the first team to be ho-hit three times in the same year. The Tribe also was held without a hit in the second game of a double-header against the Tampa Bay Rays on July 7th, but that wasn't recognized as an official no-hitter.

“The good thing about no hitters is it’s only one loss,” said interim manager DeMarlo Hale. I know it’ been three times, but you deal with it and move on.”

Corbin Burnes and Josh Hader combined to toss the no-no against Cleveland. Burnes took a perfect game into the 7th inning before Myles Straw worked a walk to begin the frame, which was his only blemish.

“Right out of the get-go you know how good this guy is. You’ve got to come to the yard ready to compete against this guy,” Straw said. “He blew me away three cutters. It’s a better cutter than what I’ve seen from a lot of pitchers in this league.”

Plesac was well on his way to having himself a night of his own if it weren’t for Burnes. After a rocky start that saw him allow all three runs in the first two innings, Plesac didn’t surrender another hit all night.  Prior to Saturday night, he hadn’t lost a start since August 3rd.

“I’m trying to find an equilibrium with the last four starts. I’ve found good release points, good execution. I feel good with all of my pitches,” Plesac said. “I’m going out there willing guys out (now).”

Despite whatever poise Plesac thinks he still needs to reclaim on the mound, the right-hander has gone 6-1 with a 4.90 ERA in 11 big league starts since he was activated from the injured list on July 8th. For the 27-year-old, this is just the tip of the iceberg.

“Once everything clicks, it’s going to be special. I’m just excited for that moment,” he said.

Unfortunately for Plesac, by the time things were clicking against the Brewers his counterpart was well on his way to tossing Major League Baseball’s ninth no-hitter.

“I think the first two innings he was trying to find his command a little bit. He walked the first hitter. I thought his changeup was up a little bit,” Hale said. “After he got past the second inning, I thought he started using his curve ball a little bit. To go six innings and kind of keep the game within striking distance, the score was huge.”

But an Indians lineup that recently set a club record for hitting at least one home run in 20-straight games had no answer for Burnes on Saturday night. Utilizing a five-pitch repertoire, Burnes had the Tribe constantly guessing.

“He’s got a cutter, a four-seam he can elevate with. He’s got a sinker that he keeps you thinking about,” Straw said. “He’s got a good slider and a good curve ball. When you have five pitches in the first place you can be effective whether they’re all plus or not.”

His final line:  8 innings pitched, 14 strikeouts, and the lone free pass issued to Straw. It’s Burnes’ 11th double-digit strikeout game of his career, seven of them coming this season.

“It kind of (stinks) to be on the opposing team of it. Perfect game, no hitter, I think they’re both really big accomplishments,” Straw said.