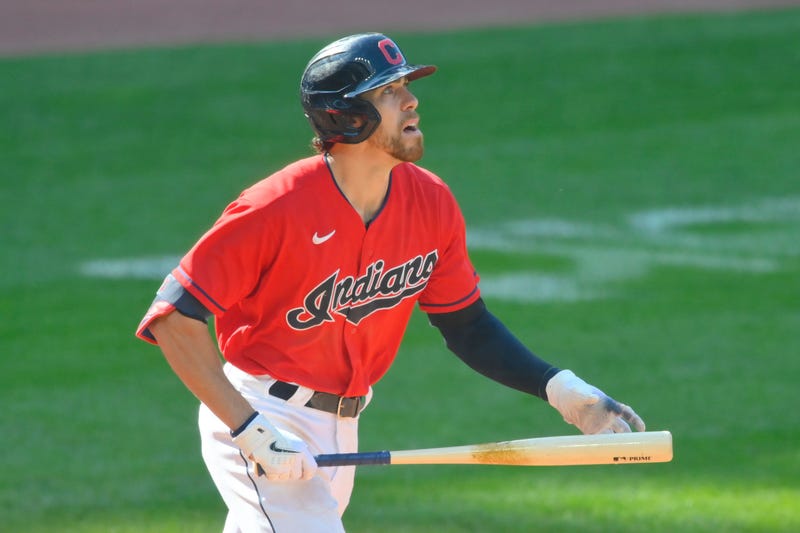 Monday afternoon it was 75-degrees at first pitch. The Royals were in town and Cal Quantril was on the mound.

It was more reminiscent of a mid-July matchup between the two American League Central rivals than a late-season rain-out makeup date.

The lopsided scoreboard also resembled that perfect July afternoon as the Indians beat the Royals 8-3 giving the 13,121 fans in attendance one last happy memory of Indians baseball at the corner of Carnegie and Ontario.

“Not all of us have been here a long time, but we all respect what the Indians have meant to Cleveland,” said Quantrill. “We wanted to send people off on the right note. There was some pride and we’re very happy that this is how they will get to remember the Indians.”

The entire team returned for a curtain call after the final out was recorded.

“There are some players that have been here a while and been through the playoffs and the fan support and the World Series,” said interim manager DeMarlo Hale. “It’s just saying thanks and that we appreciate them. We’re going to move into next year under a new name, but we still want to have the passion and support that the fans have showed this organization and this town.”

If Quantrill was magnificent on the mound, Amed Rosario was equally as spectacular at the plant.

Quantrill been the Indians best pitcher since the All-Star break, coming into the game with a 7-1 record since July 1st while carrying a 2.12 ERA. Monday afternoon was another strong performance, allowing six hits and three earned runs through six innings.

“I see where he’s not only grown but developed as a major league pitcher where he can attack different lineups in different ways,” Hale said.

The Indians pitching staff took their lumps this season but there is a clearer vision for players like Quantrill and how they fit into plans for the future.

“We’ve talked a lot about this in the clubhouse, it’s. 162-game season,” Quantrill said. “You can’t just show up for a month of two. You have to bring the same kind of energy every single day.”

Quantrill emerged from a throng of pitchers that were trust into action when the likes of Shane Bieber, Zac Plesac and Aaron Civale went on the shelf at various points of the season.

“Out of the bullpen I saw a two-pitch pitcher, with a third one he was working on,” Hale said. “But as a starter there’s a four-pitch mix there. You can get through a few lineups with that four-pitch mix.”

Cleveland batters notched four doubles and a home run with their first-five hits of the day. Amed Rosario started the scoring with an RBI double in the bottom of the first inning. Rosario went 4-for-5 with a home run and three RBI on the day, sparking a two-run first inning.

“We were just joking today that if he goes 2-for-2 it’s almost automatic he’s going to go 3-for-3,” Quantrill said. “He’s been a joy to have at short. I think the energy level and the consistency with which he plays the game is very important to us pitchers and its admirable.”

Rosario did in fact go 2-for-2, with a home run in the third inning.

He then went 3-for-3, and 4-for-4 with a pair of singles in the fifth and sixth inning, marking the sixth game he’s had at least four hits this season. Speaking of throwbacks, the last Indians' batter to have at least six games with at least four hits was Joe Carter in 1986.

By the time Quantrill turned the ball over to the bullpen, the Indians held a 6-3 lead. But the offense wasn’t done.

Bradley Zimmer led off the 8th inning with a solo home run to the corner off his brother, Kyle. It was a revenge tour for Bradley who was set down on strikes when the teams met back in July.

“It was a little redemption. He got me the first time, so I had to make it even,” Zimmer said.

Bradley is now 1-for-3 with a home run, walk and strikeout against his brother and hopes these late-inning meetings actually come to an end one day.

If it’s in Cleveland, that team would be called the Guardians in 2022 as the 106-year history as the Indians ended Monday.

“I think we’re hoping the fans will come out and support the Guardians the way they’ve supported the Indians, because we’ve got big plans next year.

NOTES -- Bryan Shaw appeared in his 455th game for the franchise, which is the second-most, one behind Cody Allen at 456.