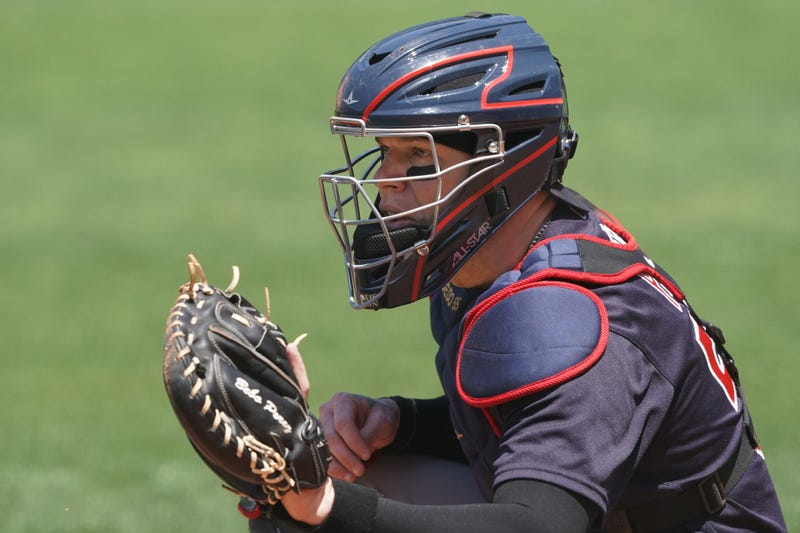 PITTSBURGH (93.7 The Fan) – Simultaneously as Jacob Stallings was meeting the Miami media, the Pirates finalized a one-year, $5 million deal with Roberto Perez to take his spot.

Perez is older than Stallings, the soon-to-be 33-year-old is a Puerto Rico native played in 44 games last year hitting .149 with seven home runs and 17 RBI with Cleveland.  In eight seasons with Cleveland, Perez played in 490 games, hitting .206 with 53 home runs, 184 RBI.  In three of the last four seasons, Perez hit .168 or lower.

Like Stallings, Perez is known for his defense winning the American League Gold Glove in 2019 and 2020.

Stallings was in Dallas as part of the CBA meetings and during a five-minute break in the talks, that’s when he found out he was traded.

“It’s sad, it’s the only organization I’ve known,” Stallings said.  “Gonna miss the people, my friends, teammates.  It was hard, it was hard to get the call.  It was sad.”

Stallings said it caught him off-guard.  He heard there were rumors, but didn’t know there was anything imminent.

"I don’t think I ever really envisioned being traded,” Stallings said.  “I knew it was possible, but I always thought I would be there and played those scenarios out in my head. Like maybe they’ll keep me around and want me to back up Henry [Davis] when he’s ready."