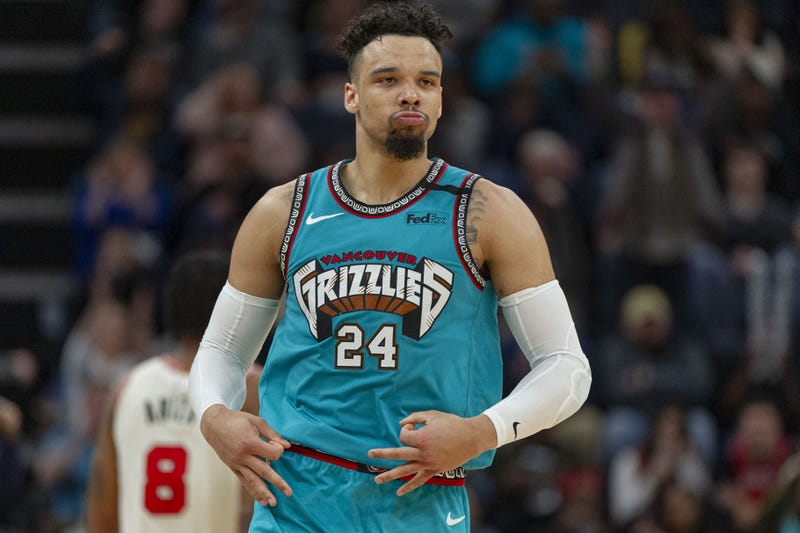 Clarke lead Grizzlies to a 111-104 win over Trail Blazers

MEMPHIS, Tenn. (AP) — Brandon Clarke matched his career high with 27 points, Ja Morant had 20 points and nine assists and the Memphis Grizzlies went into the All-Star break with a 111-104 victory over the Portland Trail Blazers on Wednesday night.

De’Anthony Melton and Jonas Valanciunas scored 12 points each, with Valanciunas also grabbing 18 rebounds. Clarke connected on 12 of 14 shots as Memphis won its second straight and 15th in the last 19 games.

CJ McCollum led the Trail Blazers with 23 points, and Damian Lillard added 20 on a tough shooting night as he went 7 of 19 from the field before leaving with 3:22 left with what he said after the game was a groin injury. Lillard added he won't play in the All-Star Game because of the injury.

The Trail Blazers lost their second straight and enter the break four games behind the Grizzlies for the final spot in the Western Conference playoff race.

Memphis built the lead in the second half to double-digits. Portland, playing the second night of a back-to-back after a loss at New Orleans on Tuesday, could never overtake Memphis.

Memphis built the lead to as many as 13 in the first half by shooting 57% from the field, including 5 of 9 from 3-point range. The Trail Blazers got their points from beyond the arc.

Portland cut into Memphis' lead with nine straight points late in the half to trail the Grizzlies 67-63 at the break. Lillard had 18 and McCollum scored 13, although he missed four of his five 3-point attempts in the half.

Clarke led Memphis with 13 points off the bench and Morant had 10 points at the half.

Trail Blazers: Mario Hezonja and Nassir Little were out (left ankle sprains). That was in addition to Zach Collins (left shoulder dislocation), Rodney Hood (left Achilles tendon rupture) and Jusuf Nurkic (left leg fracture). ... Lillard has reached at least 20 points in 21 straight games. ... Coach Terry Stotts challenged a goaltending call against Hassan Whiteside with 5:24 left and the call was overturned, cutting Memphis' lead to 100-90. ... Whiteside got his second technical foul in the closing seconds and was ejected.

Grizzlies: Gorgui Dieng entered late in the first quarter, his first appearance with the Grizzlies since being acquired in a trade deadline deal. ... Dieng became the second Senegalese native to play for the franchise, joining Makhtar N’Diaye (1998-99). ... Valanciunas recorded his 26th double-double of the season.

Grizzlies: travel to Sacramento on Feb. 20 against the Kings.