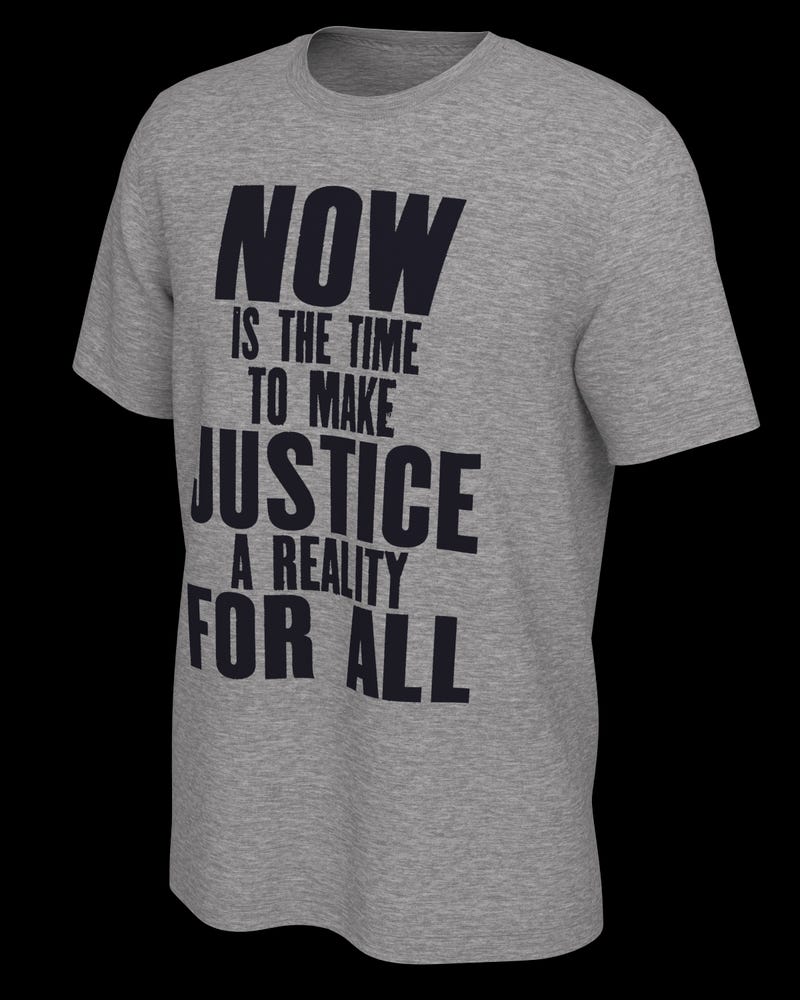 92.9 FM ESPN will feature the Memphis Grizzlies taking on the Chicago Bulls as part of the National NBA Lineup of games on MLK Day. The NBA will feature several special MLK memorabilia pieces and moments with the Grizzlies.

NBA teams playing Jan. 13 – 17 will wear custom Nike NBA MLK Day warm-up t-shirts designed in collaboration with the NBPA, The King Center and Martin Luther King III.  The front of the t-shirt features words from MLK’s timeless “I Have a Dream” speech at the March on Washington on Aug. 28, 1963, “NOW IS THE TIME TO MAKE JUSTICE A REALITY FOR ALL,” while the back reads “HONOR KING” with the lettering adorned with Dr. King Jr.’s signature.  Both messages are printed in a font derived from the carrying signs used in Dr. King Jr.’s memorial march on April 8, 1968.

Last week, the NBA unveiled “Imagine”, the new spot that honors the life and legacy of Dr. Martin Luther King Jr. and serves as the latest iteration of the league’s “NBA Lane” campaign.

Featuring and voiced by NBA legend Dwyane Wade, “Imagine” incorporates footage of the Civil Rights Movement and powerful soundbites from Dr. King’s infamous “The American Dream” speech.  Wade echoes Dr. King’s message as he speaks to the next generation, which is exemplified by a group of children watching footage of Dr. King’s speeches and marches on TV.  Throughout the spot, as we hear the words from Dr. King, Wade reminds us that each one of us has the power to create change.

The spot closes with text that encourages viewers this MLK Day: HONOR THE LEGACY BY LIVING IT.

Throughout this week and through the weekend, all 30 NBA teams will honor Dr. King’s fight for justice and examine the history and impact of inequality in America.  Please visit NBA.com/MLK for additional information on team and league celebrations and find select activations below:

·       Sacramento Kings. The Kings will commemorate MLK Jr. Day with a Week of Action as part of the fourth installment of Team Up for Change, an initiative focused on uniting, inspiring and activating around a shared commitment and call for racial equality and social justice. During the week of Jan. 17, the thirteen participating teams will deepen connections with their communities by hosting micro-events for youth that spur dynamic conversations and promote healing. These activations will take place in Sacramento, Milwaukee, Minneapolis, Indianapolis, Dallas, Cleveland, Salt Lake City, Orlando, Los Angeles and San Antonio.