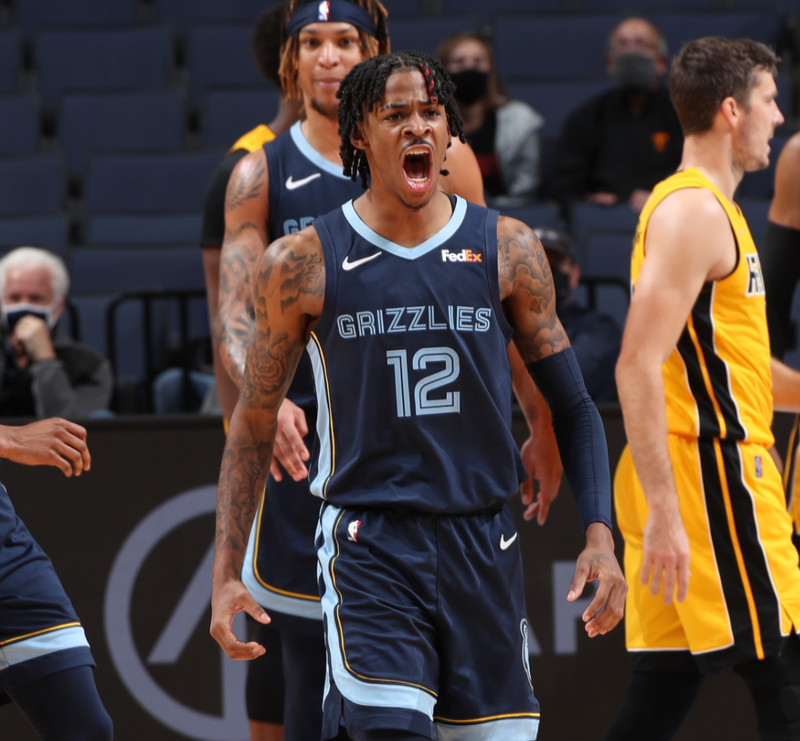 MEMPHIS, Tenn. -- — Ja Morant dribbled the length of the court for a tiebreaking layup with 1.2 seconds left and the Memphis Grizzlies beat the Miami Heat 89-85 on Wednesday night to end a three-game skid.

Morant, Anderson and De'Anthony Melton each scored 13 points, and Melton also had 10 rebounds and six assists.

Jimmy Butler was questionable to play after twisting his left ankle late in Tuesday's loss to Cleveland but led the Heat with 24 points on 10-of-20 shooting — among the few decent efforts in a poor-shooting game. Bam Adebayo scored 15 points and Duncan Robinson finished with 13.

Memphis was able to create some buffer late in the third quarter with 17 consecutive points and led 72-63 entering the fourth .

Tyler Herro and Butler helped Miami tie it at 83 with 1:12 remaining. The score was tied again at 85 after a pair of free throws by Goran Dragic, setting the stage for Morant's layup off an inbound pass.

Tough defense from both teams led to a low-scoring first half. Miami controlled Memphis' inside game, particularly big man Jonas Valanciunas, who had only one shot in the first two quarters.

Meanwhile, the Heat struggled from outside, starting 2 of 9 from 3-point range.

All of that contributed to a Miami 47-46 lead at the break.

Heat: Wednesday marked Erik Spoelstra's 1,000th game as coach of the Heat. "I'm extremely humbled by that, and I'm really grateful for the people I work for," said Spoelstra, only the third coach in NBA history to reach that milestone coaching one team in his career (Gregg Popovich, Spurs; Al Attles, Warriors). ... Barring a schedule change, this was Miami's fifth and final one-game road trip of the season. … G/F Andre Iguodala (left hip soreness) and F Moe Harkless (illness) did not travel to Memphis for the game. … Butler has 14 straight games with a steal.

Grizzlies: Memphis began a stretch of four home games over the next six days. ... Coach Taylor Jenkins tweaked his starting lineup, with Grayson Allen playing alongside Morant at guard, while rookie Desmond Bane moved back to the second unit. ... Dillon Brooks started his 181st game for Memphis, tying him with O.J. Mayo for 14th on the franchise list.

Miami made a trade with Oklahoma City on Wednesday, acquiring Trevor Ariza for Meyers Leonard and a 2027 second-round pick. Ariza has been working out privately in Miami. "I know he's in great shape. His fitness level is extremely high. He's been putting in a lot of work. You can't fake that," Spoelstra said, adding he doesn't have a timetable on when Ariza would be ready to play.