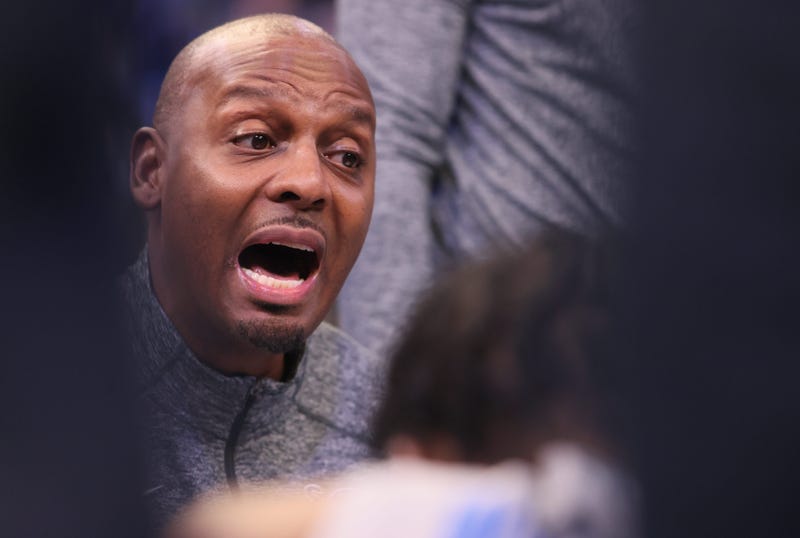 MEMPHIS, Tenn. – The Memphis Tigers wrap up a stretch of three road games in four contests covering approximately 2,000 miles Sunday afternoon at Tulsa. The contest against the Golden Hurricane is scheduled to tip at 2 p.m. and will be televised on ESPN.

Tulsa is the first repeat opponent Memphis has faced this American Athletic Conference season. The Tigers dispatched Tulsa in Memphis earlier this month on Jan. 4, 67-64.

Playing in Tulsa has been a thorn in Memphis' side in recent seasons, as the Golden Hurricane have won the last six matchups at Reynolds Center. Memphis' last win in Tulsa came on March 3, 2012, 78-66. Those six-straight defeats in Tulsa have all come against Frank Haith-coached Golden Hurricane squads.

Tulsa enters the game winless in conference play, but four of its five league defeats have come by five points or fewer. The Golden Hurricane are led by Jeriah Horne's 17.3 points and 7.4 rebounds per game. Horne's father, Jerrell, was teammates with Memphis head coach Penny Hardaway on the 1992-93 Tigers.

After Sunday's game, the Tigers are back at FedExForum Thursday night at 8 p.m. against East Carolina. The contest with the Pirates will be televised on ESPN2.

BY THE NUMBERS
53.8: Tyler Harris' 3-point percentage over the last five games (14-26), which is second-best in the AAC during that span behind East Carolina's Vance Jackson (.545, 18-33).7th: Memphis' national rank in offensive rebound percentage (.377), which measures the amount of possible rebounds gathered by the offense; the Tigers were 30th last year and 112th in 2019-20.8: Consecutive games without being outrebounded, since Murray State had a 31-30 advantage on the glass on Dec. 10.4: Times in the last six games Memphis has scored 40-plus points in the paint.12: Different starting lineups for Memphis this season is tied with Stony Brook and UTEP for the most in the nation.
THE LAST TIME OUT
The Tigers fell behind by 14 points in the first half and cut the deficit to two to start the second half, but SMU pulled away and picked up a 70-62 win Thursday night at FedExForum.Memphis was led by Tyler Harris' 17 points.Jalen Duren added 11 and nine rebounds.Alex Lomax, playing his first game since Dec. 29 at Tulane, had five points, five rebounds, five assists and four steals in 26 minutes.The Tigers were playing without DeAndre Williams, Landers Nolley II and Jayden Hardaway due to injury.Now seven different Tigers, Emoni Bates, Duren, Hardaway, Lomax, Nolley II, Earl Timberlake and Williams, have missed at least one game this month due to injury.NR/RV SMU was paced by the conference's leading scorer, Kendric Davis, who had 20 points.The Mustangs jumped out to a 16-2 lead nine minutes into the game and led at halftime, 32-21.The Tigers scored the first six points of the second half and cut the deficit to 32-27, and it was down to two at 34-32 a few minutes later after a Lomax and-one.A couple of possessions later Lomax converted a driving layup in the paint, swiped the subsequent SMU inbounds play and found Duren, who drew a foul and made both free throws to make the score 40-38 with 12 minutes to play.But Memphis would get no closer after that, and SMU snapped the Tigers' nine-game home conference winning streak.Memphis shot 41.0 percent from the field in the game (25-61).
NOTING THE OPPONENT
Tulsa brings back two starters, Curtis Haywood II and Keyshawn Embery-Simpson, and co-Sixth Man of the Year Darien Jackson from last season's squad that went 11-12 overall and finished seventh in the AAC with a 7-9 record.To the mix, the Golden Hurricane added three Division I transfers this season.Among Tulsa's departures from last season includes All-AAC Second Team member Brandon Rachal and his 15.0 points per game a year ago.Tulsa was picked to finish seventh in the preseason coaches poll, ahead of Temple, South Florida, Tulane and East Carolina.The Golden Hurricane have finished higher than their preseason place in seven of eight seasons in The American.Tulsa ranks second in the AAC in turnover margin, +4.3, behind only Houston's +5.3.The Golden Hurricane lead the league in free throw percentage (.767) and are third in steals per game (8.1).Tulsa is last in field goal defense at .451.Two seasons ago, the Golden Hurricane shared the regular-season conference title after being picked 10th in the preseason poll.On the historic side, Memphis played its first game in the 2007-08 season as the nation's No. 1 team at Tulsa on Jan. 23, 2008.The Tigers moved to the top of both polls on Jan. 21.