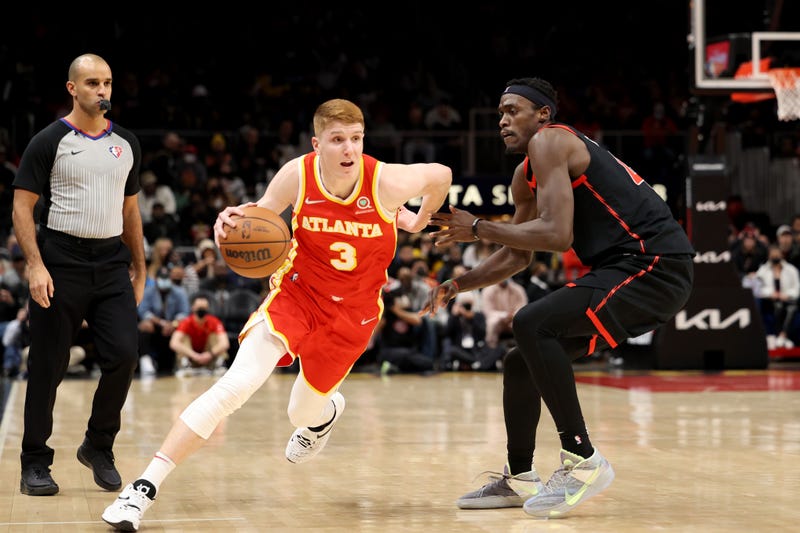 With the Dejounte Murray deal finalized, the Hawks have made their second major move of the offseason by sending Kevin Huerter to Sacramento.

According to the ESPN’s Adrian Wojnarowski, the Hawks will get Justin Holiday, Mo Harkless and a 2024 lottery-protected first-round pick in return for Red Velvet. Woj's report indicates that the pick becomes top-12 protected in 2025 and top-10 protected in 2026.

Huerter, 23, spent the first four years of his NBA career in Atlanta; averaging 11.4 points per game and shooting nearly 38% from beyond the arc. The guard out of Maryland played a key role in the Hawks' run to the Eastern Conference Finals in 2020-21, most notably with his 27-point performance in game seven against the 76ers.

This will be Justin Holiday’s second stint with the Hawks, and he’ll once again play alongside his bother, Aaron Holiday, who signed with Atlanta earlier today after Delon Wright inked a deal with the Wizards.

Harkless, a 12-year veteran, has been a role player throughout his career and averaged under 5 points per game last season.

Entering the offseason, the Hawks front office made it clear that the team was going to be aggressive in their effort to retool the roster, and the past few days have reinforced that mindset.