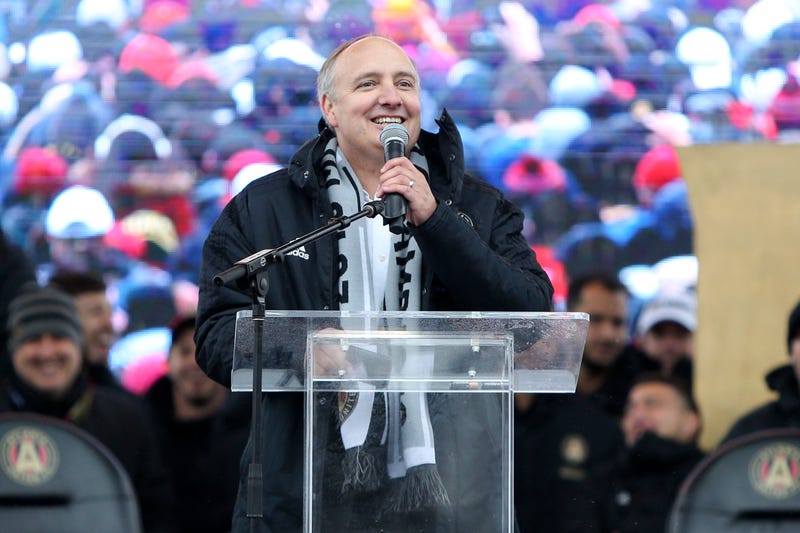 It was announced this week that Darren Eales will vacate his position as the president of Atlanta United, a position he’s held since the club’s inception, to head up Newcastle United of the English Premier League. Under Eales’ leadership, Atlanta United quickly ascended to the top of MLS with its 2018 championship as well as record-setting attendance figures.

A search for his replacement is underway, and whoever is brought in to replace Eales, will arrive with big shoes to fill, says Sam Crenshaw.

“That’s quite an opportunity and it’s because he’s been a part of something amazing in Atlanta…to set the attendance records, to have the success, and really to almost change the look of soccer in this country when you think about the expectation of filling up a stadium with 70,000 folks," Sam said.

Making the right hire will be a critical choice for Blank—who called Eales “one of the best hires I’ve made in my career”—and the club as Crenshaw explained that the Five Stripes have seen firsthand how difficult it can be to replicate success when a change in leadership occurs.

“Darren Eales has been here, now how do we maintain that? Who steps into that position? When Tata [Martino] left, you see how difficult that’s been,” he said.

After picking up a must-needed victory Wednesday against Real Salt Lake this week, Atlanta United sits in 11th place in the Eastern Conference ahead of today’s match against Orlando City.