It seems more likely than not that Deshaun Watson is going to get some sort of suspension from the NFL. The Cleveland Browns’ contingency plan in such an event looks like it will be Jacoby Brissett.

They’ve yet to find a taker for Baker Mayfield, but the likelihood him returning to the Browns in the upcoming season after the way this offseason unfolded is slim-to-remote. They signed Brissett as a backup to Watson, but now he’s next in line to be Cleveland’s Week 1 starter.

That’s a good-not-great option. But the other team with a quarterback they’re trying to trade is the San Francisco 49ers with Jimmy Garoppolo. The Niners appear ready to let Trey Lance take over, and that would make Garoppolo an expensive backup, so it makes sense to trade him since he’ll be a free agent after next season.

With that in mind, former Browns general manager Mike Lombardi said on his “GM Shuffle” podcast that Cleveland should take a run at Garoppolo.

“If I’m the Browns, I’m going to be all-in on the Jimmy Garoppolo deal,” Lombardi said. “I’m gonna go get Jimmy Garoppolo, and it’s the best Airbnb they can get. He comes in there – is he perfect? By no means. But the guy has played well, he’s been in this offense before and he gives them a rental that they need for a year.

“Look, I think the one thing I think you always want to do with a player is have the ability for that player to be in his last year where he’s as desperate as you are to be successful. That’s always a great situation to be in. …

“And to me, if you’ve got a team that is a Super Bowl-caliber team, you can’t go into it with Jacoby Brissett. You just can’t do that. It’s been proven in Miami, it’s been proven in Indianapolis that he’s a good, serviceable come in and finish a game or maybe start a game, but not a long-range middle reliever, I don’t see it.”

For all the criticism Garoppolo faces, he has one Super Bowl appearance already in his career and came up just short of another this past season. Certainly, he has a more demonstrated track record of success than Brissett, who he played with on the 2016 New England Patriots.

But the Browns and Garoppolo, to Lombardi’s point, would really be helping one another out. If Garoppolo is still going to hit free agency next season then he’d be playing for a contract in Cleveland, which would get a more than serviceable option to replace Watson. 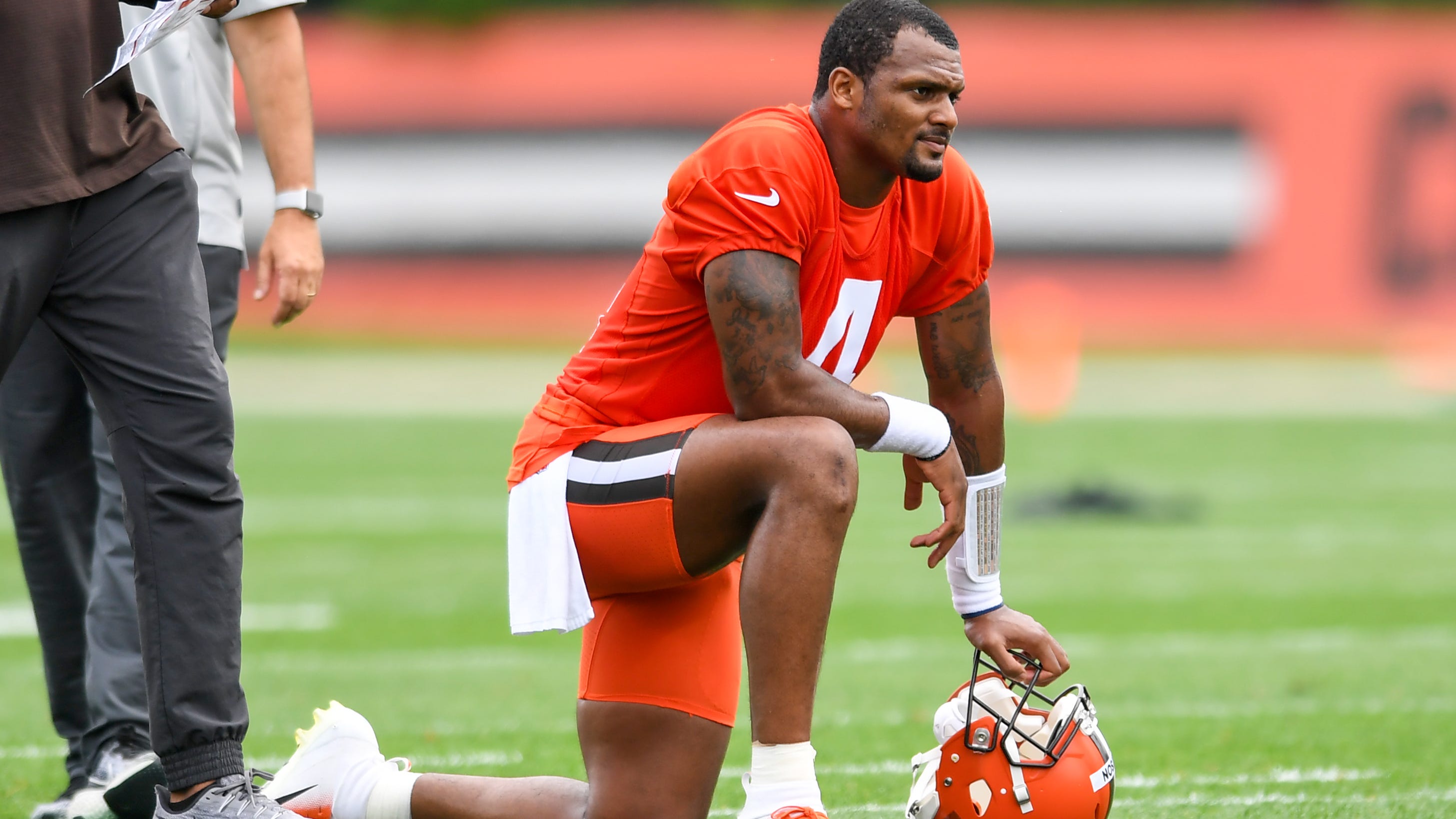