Baseball in 2020 has been an adventure. And the award for biggest understatement of the year goes to (opens envelope) … Jesse Pantuosco!

Weird? Buddy, we left “weird” behind a loooong time ago. 2020 is “weird” on steroids. The Phillies played their fourth game of the season Monday night. Their division rival, the Atlanta Braves, played their 11th. So yeah, not a normal year. But hey, it’s still baseball … well kind of. Between all the rule changes (abbreviated doubleheaders, 16-team playoffs, universal DHs, the 10th inning starting with a dude on second base), Irish goodbyes and hot mics, I don’t even know anymore.

Anyway, now that players have had a couple weeks to dust off the cobwebs, let’s take inventory of who is hot and who definitely is not.

Hot: The Orioles … wait, what? 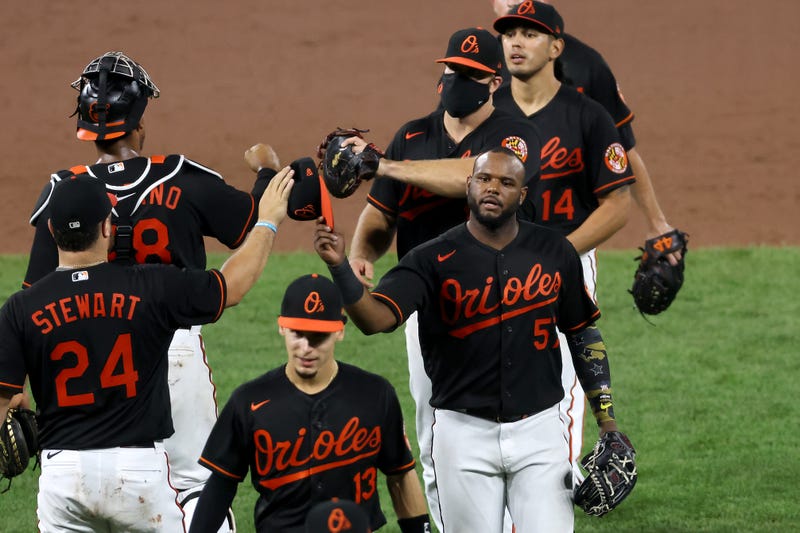 After getting the tar beat out of them in an Opening Night loss to the Red Sox (not exactly world-beaters themselves), it looked like the Orioles, coming off three straight last-place AL East finishes, were headed for doormat status once again. What other outcome could there be for a team desperate enough to employ Jose Iglesias, he of 32 lifetime homers (that’s one every 85.2 at-bats), as its No. 3 hitter? But since then the O’s have rallied, winning five of their last seven including a weekend sweep of Tampa Bay. With the COVID-depleted Marlins next on the Orioles’ docket, Baltimore could be as many as six games above .500 heading into its weekend series at beltway-rival Washington. How’s that for a plot twist?

Slumps are a dime a dozen in the big leagues and usually not much cause for concern. That said, it’s hard to have a worse two weeks than Shohei Ohtani just had. All he’s done in that time is hit below the Mendoza line (.148) with twice as many strikeouts as hits while pitching to a ghastly 37.80 ERA in two difficult-to-watch starts. Now shelved with a pronator strain (the best-case scenario is that he resumes throwing in 4-6 weeks), the once-promising 26-year-old can add his name to a growing list of Anaheim headaches.

It took the 2016 Golden Spikes recipient (awarded annually to the top player in college baseball) longer to arrive than anticipated, but now that Kyle Lewis has finally reached the big leagues, it looks like the exciting 25-year-old is here to stay. Lewis has put on a clinic offensively, hitting an eye-opening .386 with three homers through 44 at-bats this year. It’s true he’s been a frequent strikeout victim (only Atlanta’s Ronald Acuna has logged more punch-outs in the early going), but he also leads the majors in hits with 17. In fact, Monday night’s 0-for against the A’s snapped an 11-game hit streak for the former first-round pick. A 6’4” lumberjack with a sweet, right-handed stroke, Lewis should be a middle-of-the-order fixture in Seattle for years to come. 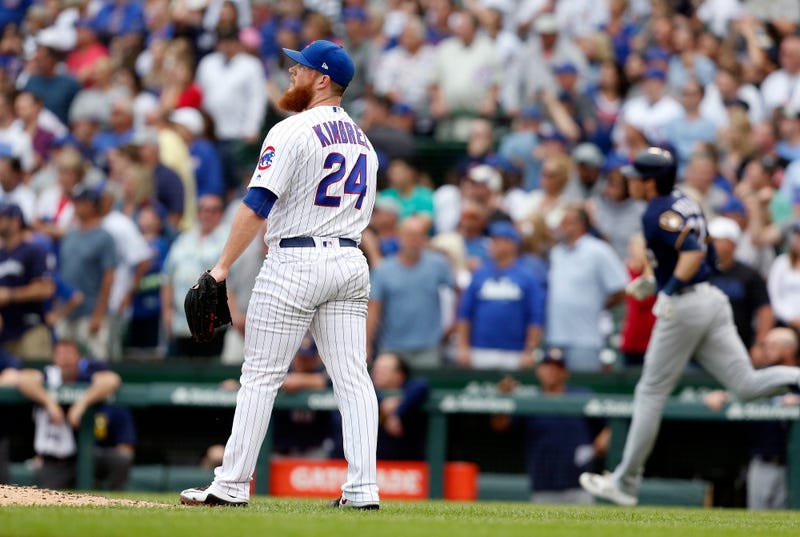 Let’s face it. The ninth inning has always been a slippery slope. It takes a special mindset to hammer those final few nails and lately, Craig Kimbrel and Edwin Diaz haven’t been up to the task. It’s almost impressive how much carnage Kimbrel has packed into his 1 1/3 innings this year, yielding four runs, two hits (both home runs), four walks, a wild pitch and a hit batsman over that disastrous span. A seven-time All-Star with World Series pedigree, Kimbrel appears to have fallen behind Rowan Wick in Chicago’s bullpen pecking order. Diaz has battled a similarly dire case of the yips, collapsing against Atlanta before submitting another tepid display days later versus Boston. A complete zero since his arrival in Queens (5.58 ERA with eight blown saves in 70 appearances), the right-hander won’t be long for the late innings if his early struggles persist.

Shane Bieber—of no relation to Canadian pop star Justin—represented the Tribe in last year’s All-Star Game, compiling 15 wins and a stellar 3.28 ERA during his breakout 2019. The 25-year-old has stepped in as Cleveland’s resident ace, filling the shoes left by two-time Cy Young winner Corey Kluber, now of the Texas Rangers. Bieber proved worthy of his first Opening Day assignment, massacring the Royals for 14 strikeouts—one shy of his career-high—across six shutout frames. He followed that masterpiece up with another gem his next time out against Minnesota, limiting the high-powered Twins to three hits (all singles) over eight scoreless innings. Bieber’s 27 Ks through two starts are tied for the most in major-league history.

Christian Yelich has been among the toughest outs in baseball throughout his career, but not this season. The one-time MVP entered August with a revolting .037 average in 27 lifeless at-bats. Milwaukee’s five-day coronavirus layoff (the result of the Cardinals’ recent outbreak) appeared to do Yelich some good as the outfielder reached safely in three of his five trips to the plate Monday against the White Sox. There’s plenty of baseball left to be played in 2020—assuming teams can mind their COVID Ps and Qs—but I don’t think any of us were expecting this kind of start from Yelich, who launched 44 homers with a career-high 30 thefts for the Beermakers last year.