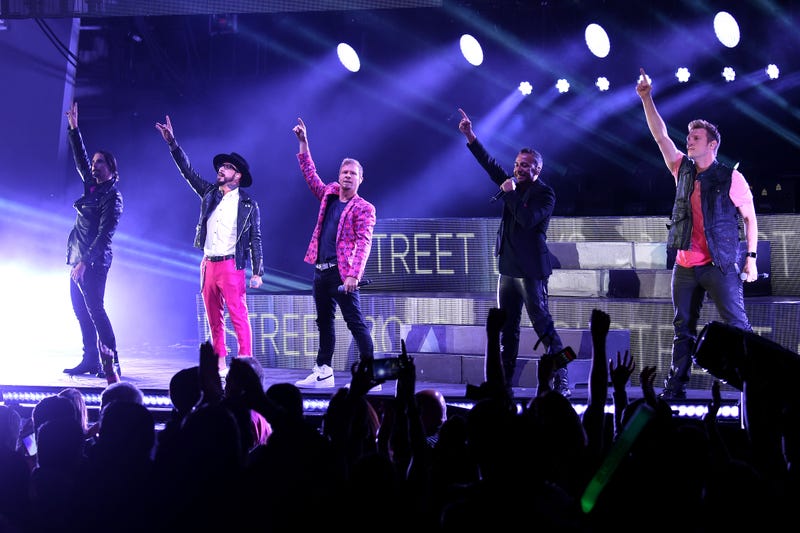 The Backstreet Boys have been all about the collaborations recently and we couldn’t be happier!

With a recent Pride collaboration featuring members of *NSYNC, as well as a newly-announced mini Vegas residency with *NSYNC and Boyz II Men, the guys are really making fans’ dreams come true. So what if we told you their next idea could be even better? Continuing on with “the more the merrier” mindset, the five original Backstreet Boys (AJ McLean, Nick Carter, Howie Dorough, Brian Littrell and Kevin Richardson) shared with ET that they’d be open to a tour with fellow boy bands, *NSYNC and 98 Degrees. [Pause here for excited screams]

"The boys are back and yeah, who knows what the future holds," said McClean with Richardson adding, "We wanna be the Rolling Stones of Pop music… they're still out there getting it."