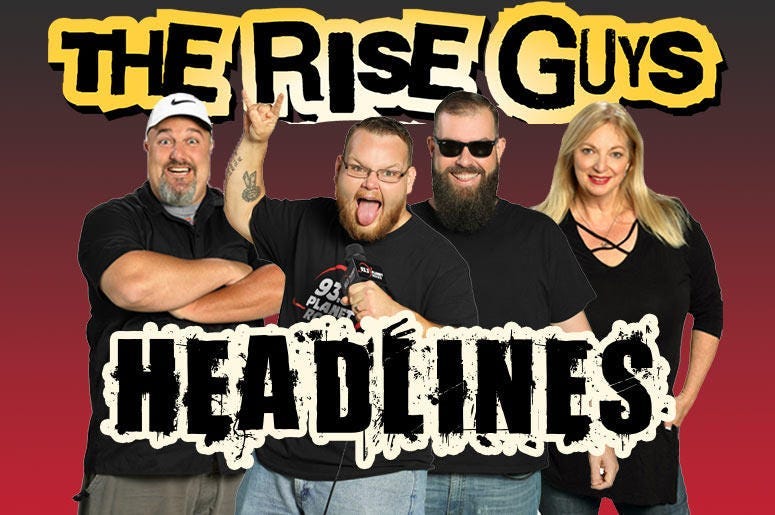 If you can't sleep, just re-paint your bedroom purple? According to a survey by SleepJunkie, 84% of people with a purple bedroom reported that they typically slept well.  If you can't handle purple, try blue, it was second with 76% getting good sleep in blue rooms.  https://bit.ly/3qvLYtr

In "Pam & Tommy", there's a scene where Tommy Lee talks to his penis. But they actually took it directly from Tommy's autobiography. One of the producers says, quote, "I think it might be a first [for television, but Hulu was extremely supportive."  https://bit.ly/3qKONaa  https://bit.ly/33Uq75Z

A new study by Dating.com found the average person needs to exchange around 30 messages before they're comfortable meeting up in person.  And that's actually low compared to Canada, where it's more like 100 messages. https://prn.to/359FlF5

The rift between Britney Spears and her sister Jamie Lynn just jumped off social media and into the courts.  Britney's lawyer sent Jamie Lynn a cease-and-desist letter telling her to stop, quote, "publicly airing false or fantastical grievances" in order to sell copies of her new autobiography. https://bit.ly/3rT50tt

In a new survey, 88% of people admit to having bought stuff in an effort to be happier.  And it's so addicting that 43% admit they've gone into debt in an ongoing effort to buy themselves happiness. https://bit.ly/3Ah8xVU

The band I Set My Friends On Fire is salty they didn't get included on the When We Were Young Festival lineup. So they bought the website WhenWeWereYoungFest.com, which amazingly was still available. And they claim they'll give it up if they're added to the bill. https://bit.ly/3GLjGRt