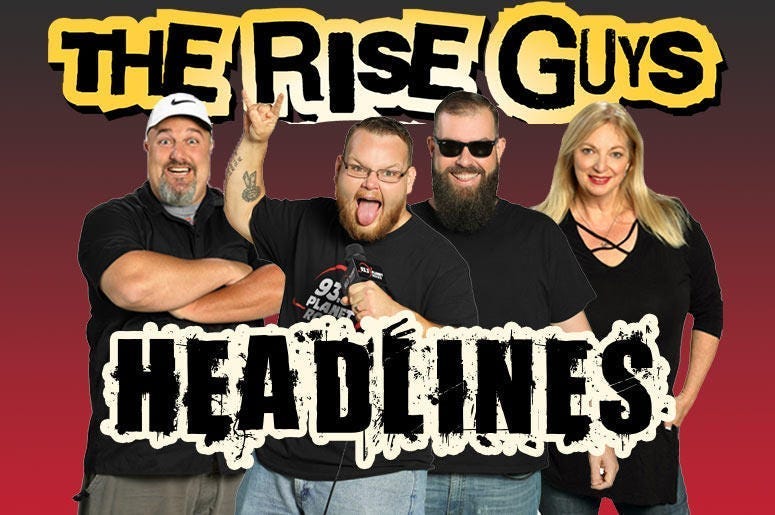 Martha Stewart dated Anthony Hopkins in the '90s, but she dumped him because she couldn't get over his performance as Hannibal Lecter in "The Silence of the Lambs".  https://bit.ly/3IG43LR

The FAA is investigating a YouTuber and former Olympian named Trevor Jacob, who claims he had to parachute out of his single-engine plane last year when the engine died. But he might have crashed it on purpose, just to go viral. https://bit.ly/3qM91QL

Three actors who previously died in the "Scream" movies came back for the new one. https://bit.ly/3nM5uQx

Petfluencers are cloning their famous pets, so they can keep making money when they die.  https://bit.ly/33EtoXl

Would You Buy a House with a Communal, Four-Toilet Bathroom? https://bit.ly/3tJK4r5

Space Entertainment Enterprise is going to launch a film and TV studio, along with a sports arena, into orbit.  They hope to have it up there by late 2024.  The company is also co-producing that TOM CRUISE movie that will be shot partly in space. https://bit.ly/3KzURtV

Rage Against The Machine postponed their spring tour dates.  New dates haven't been announced yet, but the tour will now start in July. https://bit.ly/3qMxO7h

"Playboy" issued a response to mounting criticism of Hugh Hefner and the way he treated its women.  Quote, "Today's Playboy is not Hugh Hefner's Playboy . . . As a brand with sex positivity at its core, we believe safety, security, and accountability are paramount." https://eonli.ne/3GWWmAs