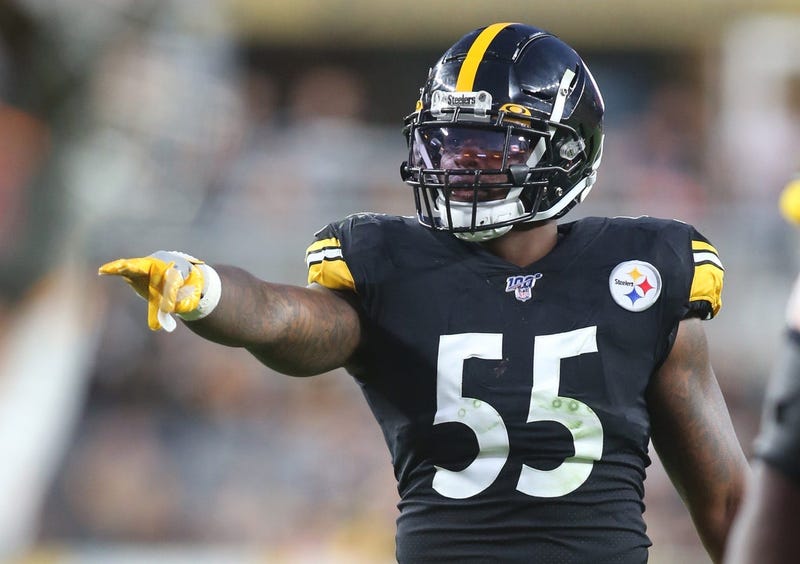 PITTSBURGH (93.7 The Fan) – When the Patriots unveil their latest Super Bowl banner ahead of kickoff at Gillette Stadium Sunday against the Steelers, it may mean a bit more to Mark Barron.

The linebacker, acquired by the Steelers in free agency during the offseason, last played in Super Bowl LIII with the Los Angeles Rams. The Rams held the Patriots offense to their lowest point total of the playoffs, but lost 13-3. Barron had eight tackles and defended one pass.

"Job not done because we didn't win," Barron said of holding the Patriots to 13 points. "We did play a good game defensively, so really all you can do is try to go out and play good, disciplined football for four quarters."

Now, Barron is one of a few new pieces on the Steelers defense that also include cornerback Steve Nelson who was acquired through free agency and is expected to start Sunday. The Steelers have also listed several rookies second on their depth chart, including linebacker Devin Bush, cornerback Justin Layne and defensive tackle Isaiah Buggs.

Bush will start his NFL career on one of the bigger stages of the regular season, playing on Sunday Night Football against the reigning Super Bowl champions.

"I think all those factors kind of play into it," Bush said. "You know, my first game, it's an away game, opener going against the defending champs, and then going against a quarterback of that caliber, so it's kind of all wrapped into one."

The consensus among members of the Steelers defense is that it will take more than some new faces to fool Tom Brady.

"It's different, but he's seen it all," Barron said. "He's seen something similar, probably, but it's really going to come down to us being disciplined and being where we're supposed to be an making plays."

T.J. Watt hit Brady three times that night, once for a sack. As a whole, Brady was hit seven times.

"I just feel like we were clicking as a unit that night," Watt said. "I think anytime you're flying around as a defense, and kind of disguising coverages and also getting after them up front, being able to be sticky on the back end with the coverage, you're going to have a great night and that's what happened."

The Patriots will look different on offense, as well. Though the most noticeable absence will be Rob Gronkowski, the Patriots lost center David Andrews and rookie receiver N'Keal Harry to injury. Hogan and Cordarrelle Patterson have moved on from the team, as well. The Patriots will be looking for more effort from receivers Demaryius Thomas and Josh Gordon, along with running backs Sony Michel and James White.