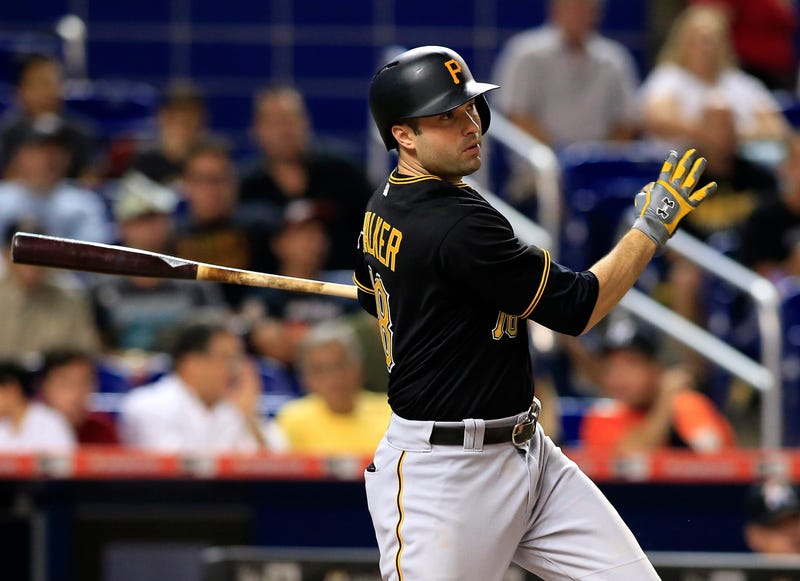 PITTSBURGH (93.7 The Fan)- Count former Bucco Neil Walker as one of many to take issue with Major League Baseball's idea to have all 30 teams start the 2020 season in Arizona at Spring Training facilities, playing games without fans.

Walker joined The Fan Morning Show Thursday and said he and his current Phillies teammates have expressed much of the same concerns.

"I think Major League Baseball and the owners are doing everything they can to come up with ideas that makes sense to get players on the field and get this thing started. But, the sentiment that I share and a lot of guys that I've talked to over the last several days once this proposal came to light was [family concerns were] the thing that guys were most concerned about.

Basically being hunkered down in a hotel and essentially going straight to the field and keeping your distance from other players and staff and there not being any fans, and you're playing at Spring Training complexes in the middle of June, July and August in Arizona...

In theory it makes a lot of sense to maybe try to do something that way. But logistically, I believe, that would be just so hard to pull off. A lot of guys have families, wives and kids and things like that. To basically be away from them for four and a half months is something that guys aren't terrifically excited about."

Walker also speculated on how quickly players could get ready for a season if given a timeline for the year to begin. He said that starting pitchers would be the main concern as they would take longer to prepare and get stretched out, but offered insight into what it would be like for position players.

"Two weeks of games is all you really need. Not necessarily even games, but two weeks of getting semi-regular at-bats. One day on, one day off and then do that a couple times and then two days on, one day off. Just getting those muscles firing in your obliques and in your sides, those are your biggest concerns because you can take all the batting practice in the world but as soon as you step into that box you're body does something different. That's when you make your biggest strides in Spring Training."

You can hear the entire interview with Neil Walker on The Fan Morning Show, including this thoughts on playing without fans, how he's staying in shape & the 2013 Wild Card game, below.