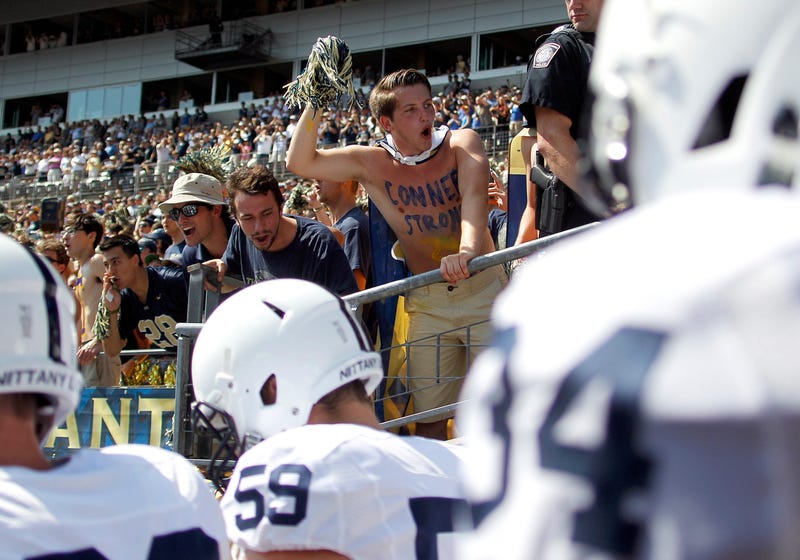 We are getting a sense that a  movement is happening to get college athletics up and running . There are still many questions to be answered and many hurdles to jump but Brett McMurphy from the Stadium Network tells Cook and Joe he can see a path to football in the fall.

As the college Athletic Directors and Conference commissioners continue to meet and discuss proposals…the  time is coming for a final decision to be made on football as teams would need time to get ready for play.

“They need 6 weeks for practice time, McMurphy said. “They need to get going by July 15th if were gonna start the season the last week of August of first week of September depending on when the school season opening game is.”

So what is his confidence level that we will get an answer by then and football in the fall?

“I all depends on health and safety guidelines are and can those requirements be met?” McMurphy said. “If they can and that’s a big if…but if they can absolutely we will have football in the fall. Will it be a full 12 game season and will it start on time and will it end on time? I’m not as confident about that.”

McMurphy says one thing we know for sure is that we will not see full stadiums in the fall if these games are played but for a stadium of 100,000 seats plans have been looked into with social distancing being able to accommodate maybe 15-20,000 fans per game.

“Many of these Ads and Commissioners said they don’t want to play without any fans, “ McMurphy added. “But if it comes down and the only two options are no football or football without fans…they will be teeing it up make no mistake about that.”

He points out that many of the schools have already eliminated some of their programs based on a lost revenue from not having the NCAA basketball tournament…not having college football in the fall could be catastrophic.

“You’re gonna see hits taken by every FBS school out there,” McMurphy said. “It would totally impact and change the landscape of college football and college athletics as we know it.”

McMurphy also talked about how some conferences may have different start dates depending on safety guidelines by the state the school resides in and there are many scenarios including playing a shorten season and only playing conference games.

He said could see the schedule playing out to be an 8, 9 or 10 game season where it’s conference games only and each school could add one non-conference game and that could be done with in state rival games with schools who play in different conferences….that could open up games to be played with Louisville/ Kentucky, Florida / Florida State, and dare we say….Pitt/ Penn State?

“I talked to multiple Ads in different conferences and they said they want to be more regional,”  McMurphy said. “So that (Pitt/ Penn State) could be a possibility.”