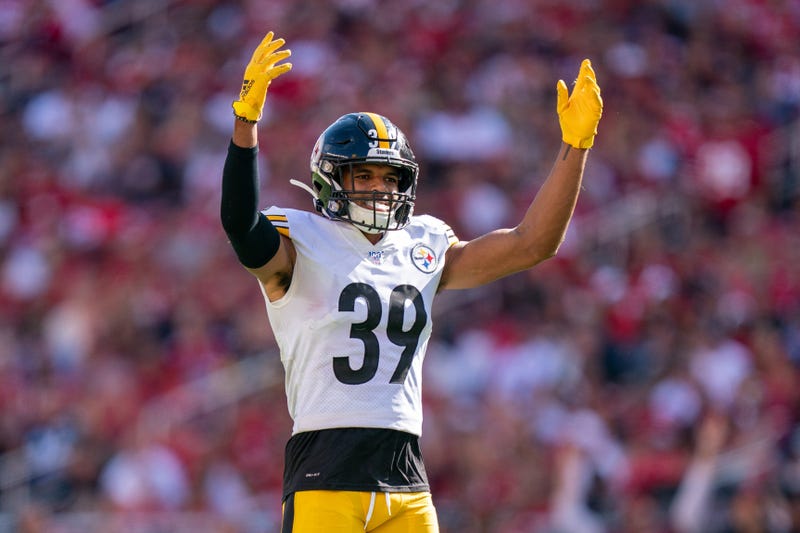 PITTSBURGH (93.7 The Fan)- Steelers safety Minkah Fitzpatrick has been in the news a lot lately. First with being left off an NFL Top 100 Players List and having many come to his defense for why he should have been there, then holding a Zoom conference call with reporters yesterday.

NBC Sports NFL columnist Peter King joined The Fan Morning Show Wednesday and threw his opinion into the ring on Minkah in 2020 and was much more favorable.

"I think he's going to be a candidate for Defensive Player of the Year this year. The safety position he plays in that defense is so well-suited to make plays all over the field and I think he's got a good chance to do that.

I think the one thing about being traded in the middle of September and having to play five days later is you're basically going on reaction the whole year. You're not going on the education of the defense that you have. You're going on your athletic ability and skill. To me, Minkah Fitzpatrick, with a year knowing this system and especially a system that features the safety so much, he's not going to be good, I think he'll be great this year."

King also commented on NFL executive vice president Troy Vincent admitting to him for his column this week that the NFL's attempt to fix the defensive pass interference call last year "failed miserably."

"They didn't do what they said they were going to do in March. To me, that is as damning a statement as you could make. It's embarrassing. It's totally, absolutely embarrassing for this league. It's one of the reasons why the two rules they're going to be taking up on Thursday, they have to be absolutely sure that they've thought of everything.This new sky judge they're considering, which is fraught with problems involving replay challenges with coaches. Also having the option to run a 4th and 15 play instead of making an onside kick.

I do applaud Vincent for at least admitting that it failed miserably but that doesn't explain anything about why they passed a rule and then chose not to enforce it during the season."

King does think the onside kick alternative is a good idea and explained why.

"The only reason we don't think the onside kick is weird is because you've been able to do it forever. But what would happen today if there was no such thing as an onside kick and somebody said, 'Hey. What about lying the ball on the tee sideways and what about just kicking it so that you'd think it would go high up in the air. And after it goes 10 yards down the field, you can have an athletic event to see how can jump the highest and catch the ball. It's idiotic is what it is.

Basically the NFL is allowing a real play to happen (with 4th & 15) instead of a phony play."

You can hear the entire interview with longtime NFL writer Peter King on The Fan Morning Show, including his thoughts on the Rooney Rule, below.
___Follow 93.7 The Fan: Facebook | Twitter | InstagramListen to 93.7 The Fan on the Radio.com App - Download Now