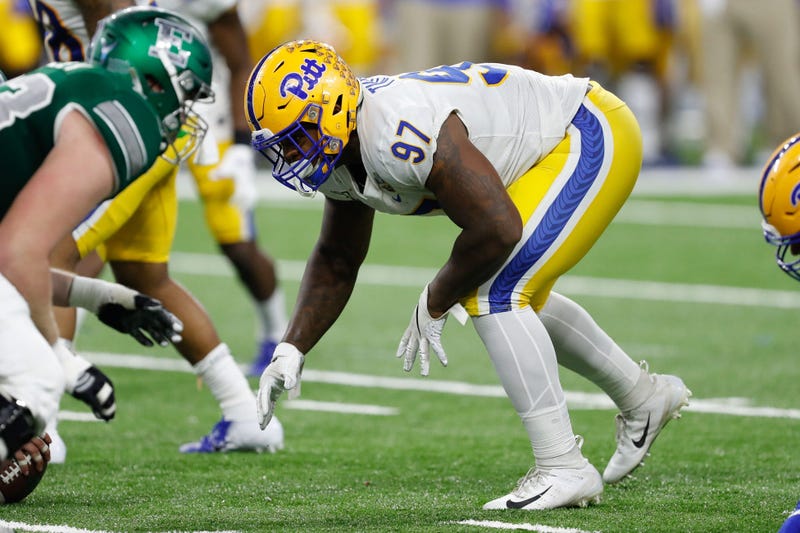 But it wasn’t just an opt-out.

It was also his official declaration for the 2021 NFL Draft.

Twyman spent his collegiate career at Pitt, and now the redshirt junior is making the leap.

But it might've been a little earlier than he may have wanted.

COVID-19 has caused mounting pressure on college football, and many of the programs are starting to back into a corner with how to handle the pandemic safely and little time remaining.

Other notable 2021 draft-eligible players, such as Caleb Farley and Micah Parsons, have already opted out to prepare for the draft.

To add insult to injury, the MAC has canceled its football season outright in hopes of trying to re-establish in the spring.

Twyman will now start his path to the NFL Draft a little earlier than most prospects in years past, but he’s in good standing so far in the process.

Twyman has received first-round grades and could become a high pick after the process really gets underway.

Next February could be a golden opportunity for Twyman with the annual Combine at his disposal.

Twyman is officially listed on the Pitt Panthers website as a defensive lineman at 290 pounds and standing at 6 foot 2 inches.
During his time at Pitt, Twyman received numerous prestigious nominations for his on-field performance: