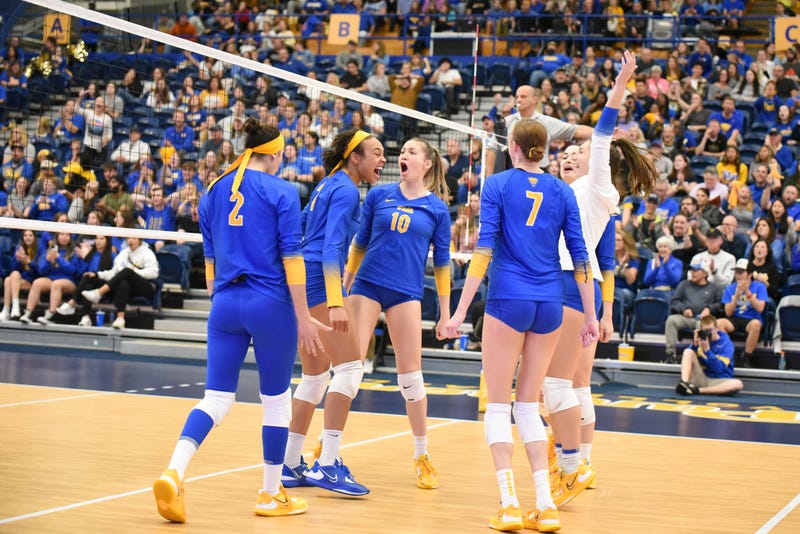 PITTSBURGH (93.7 The Fan) – If you missed out on seeing the hottest team in Pittsburgh last week as they drew the second-biggest crowd in their history, you get another shot. The Pitt women’s volleyball team earned a two-seed in the NCAA Tournament and will host first-and-second round matches.

The ACC Co-Champions will host Patriot League Champion Colgate Friday at 7p in the first-round at the Petersen Events Center.

"This is a really exciting time of year," Panthers Head Coach Dan Fisher said in a release sent out by the team. "We've had great attendance at our matches lately and we have momentum coming into the tournament. We've proved that, at our best, we can beat anyone in the country. We're hoping for a great turnout on Friday at the Pete, and hopefully Saturday as well. We're all healthy and ready to make a tournament run."

A program barren of post-season hope before Fisher’s arrival a decade ago, this is now the seventh consecutive NCAA appearance.
Last year the Panthers made a first ever Final Four and start this year’s tournament at the Petersen Events Center.

"I'm really excited," said Pitt graduate transfer and kills leader Courtney Buzzerio in a team statement. "Obviously, this being my first time in the tournament, it's something that I've always wanted to do. This is a group that I feel we can go really far with and I think our seeding reflects that.”

“We have a chance at playing BYU again, a team we saw earlier this year so that will hopefully be a great chance to show everyone how much we've grown as a team since that win. Overall, I'm just very excited to be a part of this team and show people what we can do on this stage."

BYU will face James Madison in the other match in the first-round pod in Pittsburgh. That will start at 4p with the winners meeting Saturday at 7p.

Bertin Jacquesson nets a man down goal late to send us to our THIRD straight Elite Eight 🤩🤩#H2P pic.twitter.com/mbtkV8s6JV

Pitt men’s soccer advanced to the Elite 8 beating number one overall and previously unbeaten Kentucky in Lexington 2-1 on Sunday. Not only do the Panthers advance, but will host the NCAA Championship Quarterfinal match against Portland at a date and time yet to be announced.

It’s the third consecutive year the Panthers made it to three wins from a national championship.

"It is a tremendous feat,” said Pitt Head Coach Jay Vidovich. “I think it was the whole team. The guys that came off the bench and the guys that put pressure on their back line. We tried to make sure we were putting pressure on both sides and our guys did a great job reading it … It was just a tremendous job by everybody."