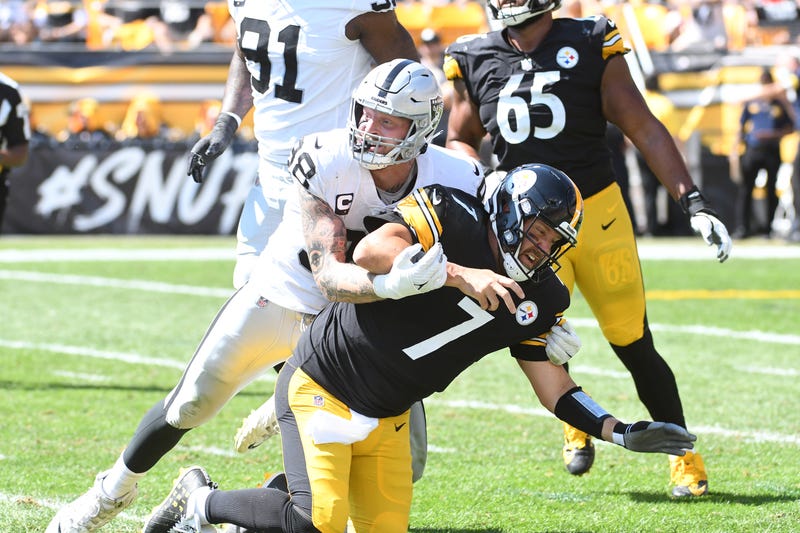 Former Steelers QB Charlie Batch joins The Fan Morning Show every Friday morning at 9:00 am to review the previous week’s game and preview this week’s.

Batch was unimpressed by a lot of what the Steelers put out there and said it might be leading to some in-house frustration already. He also expressed frustration he had himself while watching the game on Sunday. Here were some of his answers posed to him from The Fan Morning Show.

“The only difference is there’s some shifts and motions and the running game is still not going. When you were 32nd in the league like they were last year and here you are two weeks into the season 32nd, you know it’s not right. So you can see a little frustration brewing between Ben and Matt Canada right now as it relates to how they get things going.

It looks like Ben wants to go kinda no-huddle and press the tempo  when things aren’t working  but yet, he’s being restrained from that so I see a little butting of the heads right now.”

On how can things can get fixed in this offense and get smoothed over between Ben and Canada:

“It starts with just conversing at the beginning of the week with Matt Canada. You sit down with the offensive coordinator on Monday when they start to review game film. Then conversations on Tuesday and Wednesday are to be, ‘What’s you’re thought process? What are you thinking?’ If we ever get into a point where we’re pressing the tempo, I’m now in the mind of the offensive coordinator on how we move forward and attack that defense. So that’s how it starts.”