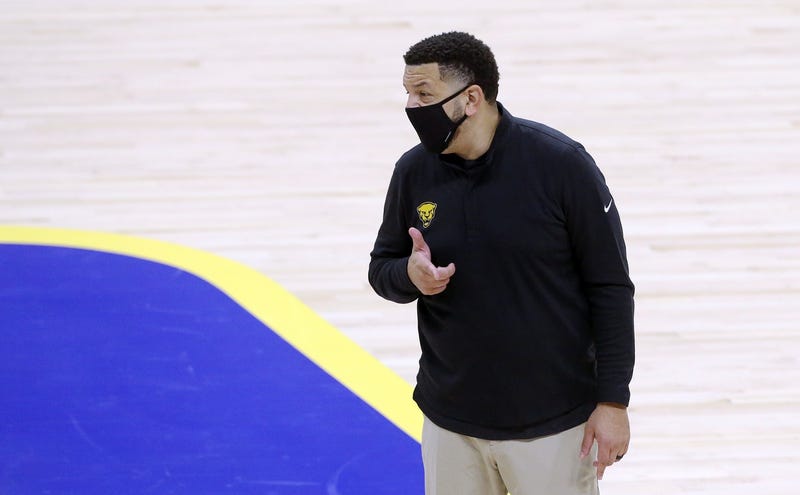 PITTSBURGH (93.7 The Fan) – Pitt head coach Jeff Capel said he’s worried about his players and let he be known he doesn’t trust the NCAA, wonders about the amateur status of college players and can’t understand why they are attempting to play games right now.

Does Capel believe there should have been a pause until January?

“I think it would have been wise,” Capel said Monday.  “One of the things Coach K used to say to us when I worked there.  One of the biggest problems with our sport is that we have no leadership.  You don’t know where to turn to, to get answers or who’s truly looking out for the best interest of the young men and women who are competing.”

And don’t tell the Pitt head coach that these are amateur athletes.

“One of the things that has come about because of all of this, I don’t think anyone can say anymore that these young men are amateurs,” Capel said.  “That’s out the window because they are not.  They absolutely are not.”

“They are laying it on the line to entertain people.  Something doesn’t feel right about it right now.  My thing is the numbers are where they were back in March.  I look at it every day.  It seems like every day it’s getting worse.”

Pitt has an ACC game on December 22 and then another on December 29 and Capel thinks his players deserve some time at home.  This while some programs aren’t allowing their student-athletes to leave for Christmas.

“For me, I’m really struggling with that,” Capel said.  “Of all the years a kid should be with his family, 2020 is at the very, very top of that.  I’m trying to figure out what is the best thing for my guys.”

If his players stay in Pittsburgh, they must have three days where they can’t do anything with any supervision.  But the NCAA did make a provision.

“It’s interesting to me, if you look at the numbers back in March when the season was cancelled.  The numbers are worse right now.  I don’t know who the leadership is, but maybe they would think about a little bit of a pause so kids can be with their families for Christmas.  Coaches can be with their families.  Most importantly what is going on in this country right now as far as these numbers is staggering.”