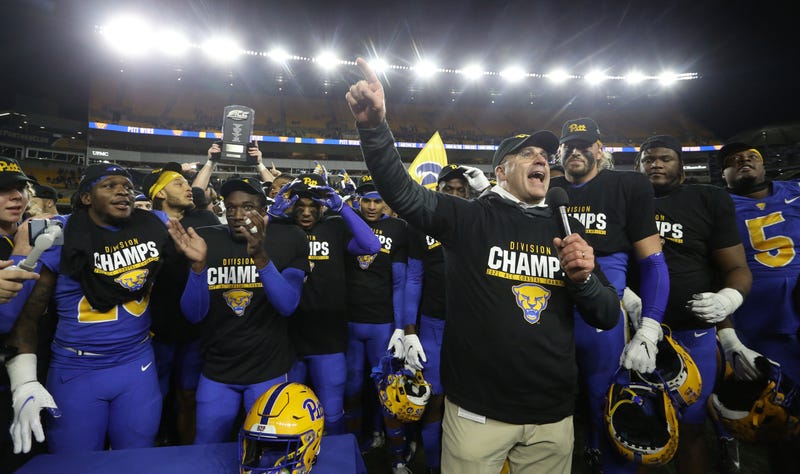 PITTSBURGH (93.7 The Fan) – It took just a few minutes, as expected the Backyard Brawl sold out for the opener on September 1st. Pitt Head Coach Pat Narduzzi said he’s looking forward to breaking their crowd record at Acrisure Stadium.

“It just erupted, we kind of felt that would happen,” Narduzzi said Friday.

It’s the first football meeting since November of 2011 with the Panthers coming off an ACC Championship.  While the Mountaineers say they feel ready to take the next step under fourth year head coach Neal Brown.

“There is a lot of excitement,” Narduzzi said.  “It’s a little bit different than opening with New Hampshire or whoever it may be.  There’s excitement in Pittsburgh.  Every time I see a Pitt fan, all they talk about is that opener.  It’s going to be electric.  Our kids feel it.  They feel the fans.  If I’m hearing it, they’re hearing it wherever they go.”

A few notes about the series:

“I think it’s exciting.  It’s college football, the Backyard Brawl whether it’s in September or November.  It doesn’t matter when that game is, it’s a big game.”