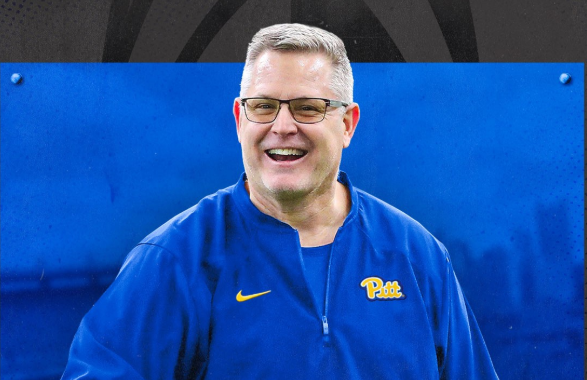 Pitt football has made the hiring of offensive coordinator Frank Cignetti Jr.
official.

Cignetti will also be the quarterbacks coach as announced by head coach Pat Narduzzi.

"Having the opportunity to bring Frank back to Pitt is a tremendous coup for our entire program," Narduzzi said. "He's an extremely talented football coach and teacher. Frank has worked with some of the greatest quarterbacks in the game. He knows what it takes to build a championship-caliber offense. I really think Frank's experience and knowledge will make us better in every positional room.

"Beyond football, Frank understands and values what Pitt and Pittsburgh are all about.
This is home for him. His passion and energy are going to make an immediate connection with our team."

The Pittsburgh native started his coaching career as a graduate assistant at Pitt in 1989 before heading to his alma mater.  Cignetti would coach with his father and name sake at IUP, moving around coaching every offensive position for the next nine years.

"My family and I are extremely grateful to Coach Pat Narduzzi for the opportunity to return home to Pittsburgh and coach at Pitt, two places that have always remained very close to our hearts," Cignetti said. "There are some incredibly special things happening at Pitt and it is exciting to become a part of it. I can't wait to work with this great coaching staff and, most importantly, get to know and work with our players. I know everyone is wholly committed to building on last year's ACC championship and continuing to elevate this proud program."

Cignetti would then start the first of a few stops in the NFL with Kansas City.  He would become a quarterbacks coach with New Orleans, San Francisco, the Rams, Packers and Giants.  He was also the offensive coordinator for one year in 2015 under Jeff Fisher with the Rams.  Nick Foles and Case Keenum were his quarterbacks.

Along with his season with the Rams, Cignetti was offensive coordinator in college not only for Pitt, but for IUP, Fresno State, North Carolina, Rutgers and most recently with Boston College.  The last two seasons, the offensive coordinator for Pine-Richland quarterback Phil Jurkovec at BC.