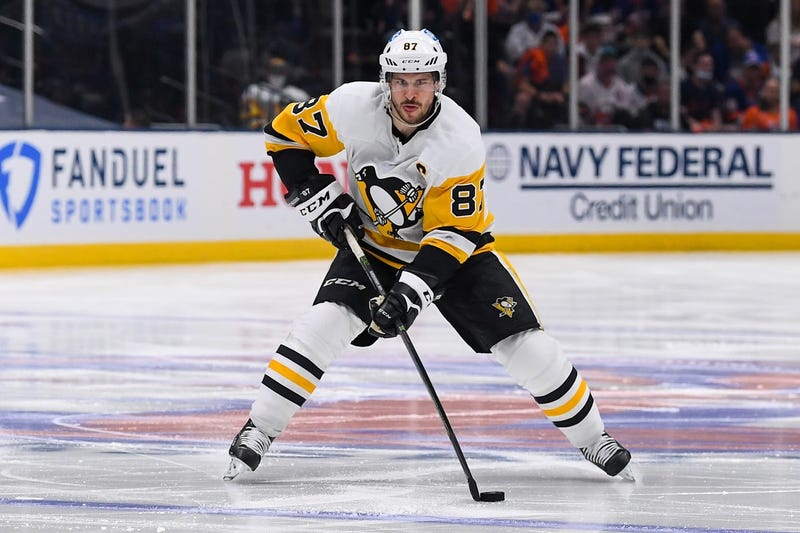 PITTSBURGH (93.7 the Fan) The 2021-22 NHL season is in full swing and the Pittsburgh Penguins are still without their star centers.

While Evgeni Malkin continues rehab his knee after an offseason surgery, Sidney Crosby is far closer to returning to the ice.

Crosby is taking practices with the team as well as skating on his own and working through and offseason wrist surgery.

During a post-practice press conference, Crosby revealed that he first injured his wrist in 2014, seven years ago.

Crosby on recovering from wrist surgery: "Unfortunately, I ended up missing some time here early, but I guess the other side of it was missing a lot more games probably in the middle of the year. I’m glad we took care of it and hopefully I can get in the lineup here shortly.” pic.twitter.com/2XUQXaHV4K

According to Crosby, in a home game after the 2014 Olympics, then St. Louis Blues forward Ryan Reaves got Crosby “pretty good.”

While hockey players play through injuries every day, Crosby has been playing through a wrist injury for seven years and no one has been able to tell.

The numbers sure don’t look like a player who has a bad wrist.

Tack on 86 playoff points and two Stanley Cups, as well as a pair of Conn Smythe trophies, a Rocket Richard trophy, and a couple of Hart nominations for league MVP.

Those numbers and accomplishments are incredible for a player going at full health, but Crosby has shown yet again why he is one of the greatest ever.

He is inching closer to a return and soon enough the Penguins will return to full health.