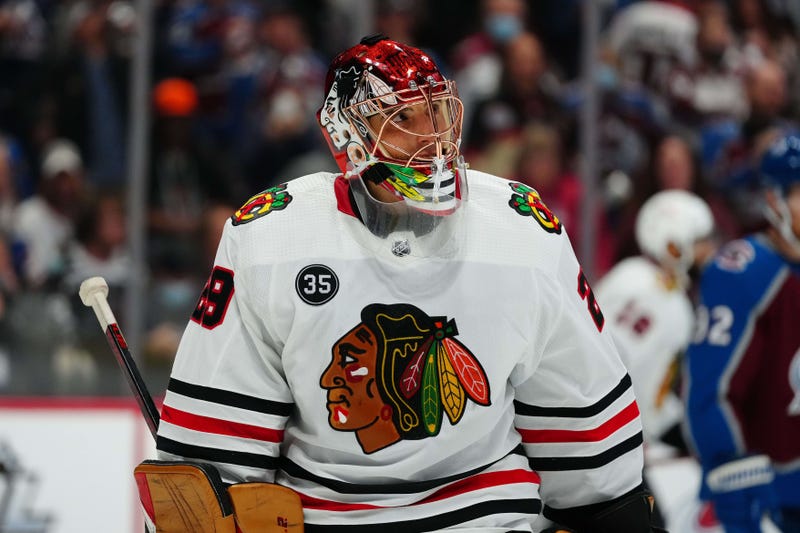 PITTSBURGH (93.7 the Fan) For the first time with the Chicago Blackhawks, Marc-Andre Fleury will be playing against his former team.

A veteran of 18 NHL seasons, Fleury spent the first 13 years of his career with the Pittsburgh Penguins.

Over his years in the NHL, not only has Fleury risen the ranks as one of the best goalies ever, he has also become known as one of the league’s most infamous pranksters.

Saturday back in Pittsburgh was no different, as Flower showed up early to pull a prank on former teammate Kris Letang.

After the Penguins’ morning skate, Letang said Fleury already got him with a good prank and taped all his stuff into a ball.

Letang on Fleury: "He already pranked me, so it tells you that he's already in the building. He taped all my stuff into a ball. So nice."

Fleury not only enjoys poking fun at his former teammates but also his former media personnel.

Dan Potash may not have gotten messed with, yet, but is ready incase the Flower strikes.

I’ll be looking to “stick it” to Flower IF he messes with my gear tonight…😉 -DP pic.twitter.com/FV1MyCW3Tr