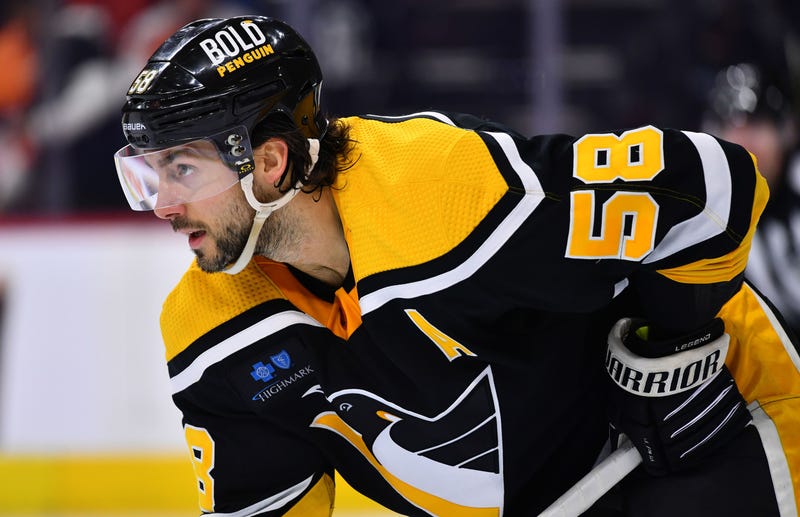 Penguins defenseman Kris Letang is out of the lineup indefinitely after suffering a stroke Monday.

Letang did not play on Monday against the Carolina Hurricanes.

General Manager Ron Hextall says the 35-year-old is not experiencing any “lasting effects of the stroke.”

He’ll continue to go through tests as the week progresses. The stroke is not expected to be career threatening.

“Kris reported symptoms to the training staff on Monday and was immediately taken to the hospital for testing,” said Hextall. “The test results were shocking to hear, but we are grateful that Kris is doing well. We are thankful to the medical staff and the physicians at UMPC. He is a warrior on the ice, but first and foremost, he is a son, father, husband and friend.  His health is our number one priority.”

It isn’t the first stroke that Letang has suffered. In 2014, he missed two months after a stroke.
It was revealed during that time that he had a “very small hole in the wall of his heart.”

“Although the small defect in the wall is apparent in all individuals, it typically closes on its own in most people,” the Penguins said in a release.

“I am fortunate to know my body well enough to recognize when something isn’t right,” said Letang. “While it is difficult to navigate this issue publicly, I am hopeful it can raise awareness. It is important for me that my teammates, family and the fans know that I am okay. I am optimistic that I will be back on the ice soon.”

Letang has one goal and 12 points through 21 games this season. He has the most ice time on the team with 23:54.