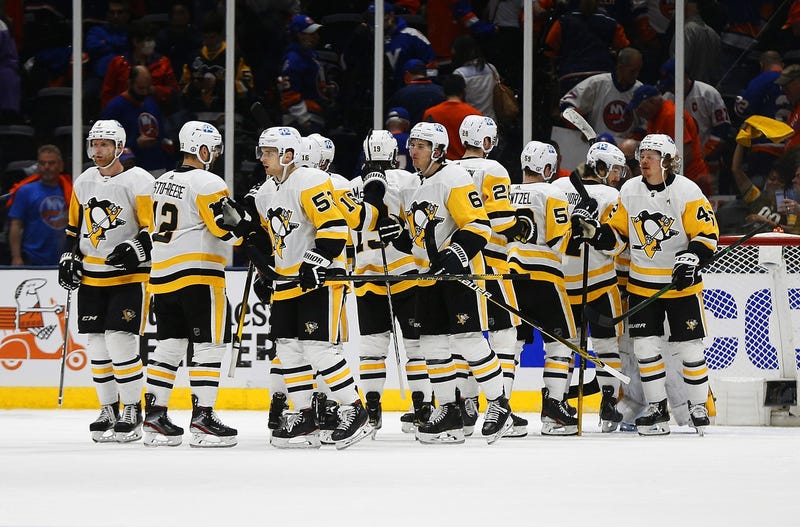 PITTSBURGH (93.7 the Fan) With teams across the NHL getting back together for training camps ahead of the 2021-22 NHL season.

With all these players coming from all over the world, while there is still a fight against a global pandemic, questions about team vaccinations began getting asked.

Like other leagues, the NHL set guidelines for players who are or aren’t vaccinated against COVID-19.

Not too long ago, NHL executive commissioner Bill Daley said that by the time the season starts he expects only 10-15 players to be unvaccinated.

Some teams like the Carolina Hurricanes have already announced a 100% team vaccination rate.

On the opening day of training camp, Pittsburgh Penguins general manager said that there is only one player not fully vaccinated.

Hextall continued to say that player will be fully vaccinated in the coming weeks.

Hextall said they expect that player to be vaccinated in the next few weeks.

Soon enough the Penguins will surely be announcing a 100% vaccination rate.

Hextall did not disclose who the final unvaccinated player was.

Arenas around the league have begun mandating vaccines to attend events, including hockey games.

PPG Paints Arena is yet to make that announcement.