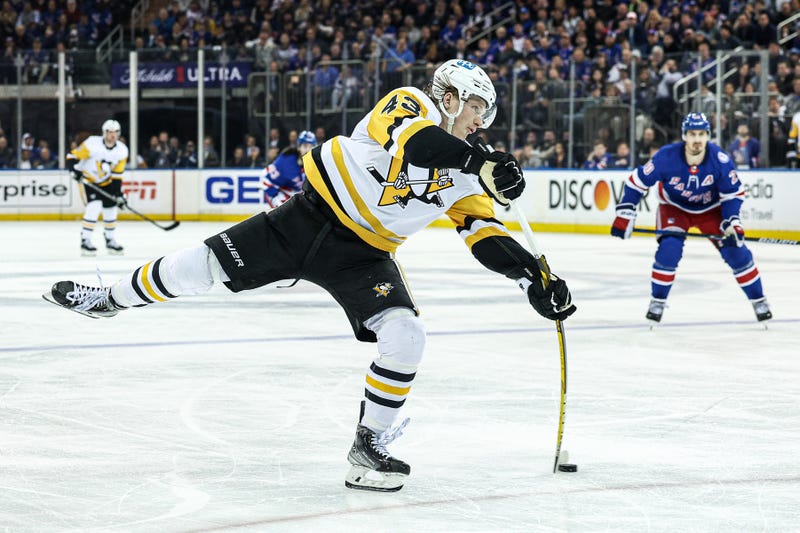 PITTSBURGH (93.7 The Fan) – Seemingly a casualty of the salary cap, the Pens brought back one of their starting forwards on Wednesday.

Danton Heinen agrees to a one-year deal worth $1 million dollars for the season.  The 6’1”, 188-pound forward signed with the Pens last season scoring a career-high 18 goals (6th on team)—15 at even strength (3rd on team), 15 assists in 76 games.  He also scored three goals in the Pens first-round series against the Rangers.

Heinen often played on the second line, played a responsible plus six and has the flexibility to play in multiple positions as a left wing and a potential fill in at center.

He just turned 27 and maybe finding his game as he scored 18 of his career 62 NHL goals this past season.  Heinen has 92 career assists and is a career plus 15.

Heinen’s return means eight of the Pens top nine scorers from last season are back for this year. The team is currently $1.4 million over the cap according to CapFriendly.com with training camp opening in less than two months.