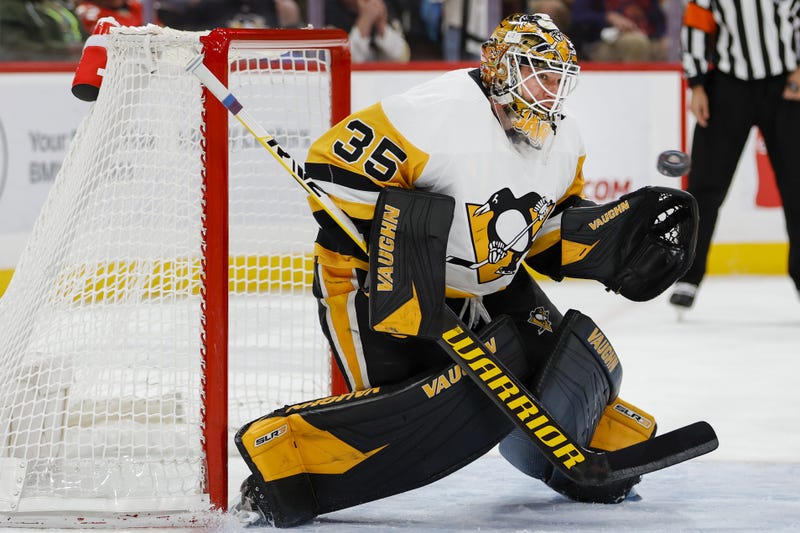 Jarry has been out since a lower-body injury suffered during the Winter Classic in Boston on January 2. Interestingly enough, the Pens will wear those special Winter Classic uniforms Friday night.

Also game-time decisions against the Senators, defenseman Jeff Petry and forward Ryan Poehling. Kris Letang and Josh Archibald skated in non-contact jerseys and neither are ready yet to return. Defenseman Jan Rutta remains out

“It’s just how everything reacts,” Petry said of his progress. “On the ice it was a step forward and we’ll see where it goes from here.”

Even if a few of the game-time decisions can’t go, it was positive for the room to see their teammates return to the practice.

“It’s always good seeing guys back to being healthy,” said Pens forward Brock McGinn. “It gives a little light on the ice seeing them back working. Everyone is excited and getting back ready to go.”

“It’s good to have them even in practice,” said Pens defenseman Brian Dumoulin. “To feel their energy and see them again. I’m sure they are excited just to be back with us and closer to being back. Obviously we can’t wait to have them back in our lineup.”

Not all the news was as positive, forward Kasperi Kapanen suffered a lower-body injury and is week-to-week. In 35 games this season, Kapanen has six goals and 11 assists.

Here is how it looked during Friday’s morning skate.

After nine Ottawa power plays and four power play goals in an overtime loss on Wednesday, the Pens say they plainly need to just play better in the rematch on Friday.

“We can’t take as many penalties as we did,” Dumoulin said. “Regardless if we think they are penalties or they are not. We can’t put ourselves in those positions to potentially take penalties. That’s the first step. They really executed their breakout really, really well and were able to get in the zones without too much pressure. Whether it’s hitting the middle guy or bumping back to their elite D. First and foremost, take less penalties.”

“Whenever you have a chance to play back-to-back, especially the way the game played last time,” said Pens defenseman PO Joseph. “We want to come back with a better mentality off the go and come out with a victory tonight.”

“Just playing in fives, when we do that in the defensive zone and neutral zone we can create some turnovers,” McGinn said. “That’s when we can get some odd-man rushes and keep pucks alive in the offensive zone when we are all on the same page together.”

There was a hope for a Joseph family first on Wednesday, but the Senators did not play Mathieu Joseph as he was just brought back off the injured list with a lower body injury. It stopped the second professional and first NHL matchup between Mathieu and Pens defenseman PO Joseph. Maybe it will happen Friday night.

“It’s something we’ve been looking forward to for a long time,” PO Joseph said. “Whatever the circumstances are, I still have to play my game. He’s part of the players on the other team. I’m not going to be easy on him, as usual.”

They faced each other one time in the American Hockey League, PO joked that his brother took a penalty ‘as usual’.
When they are on the ice or really with anything, there is no special treatment or easy road. Quite the contrary.

“Intense, not only on the ice-at school, soccer, baseball, golf, ping-pong,” PO Joseph said of their sibling rivalry. “Anything we did we were crazy competitive against each other. I don’t think things are going to change anytime soon. It’s good, I like a good challenge like that, especially against your older brother.”

In 25 games as a right winger with Ottawa, Mathieu Joseph has two goals and seven assists, is a plus three with 12 penalty minutes.