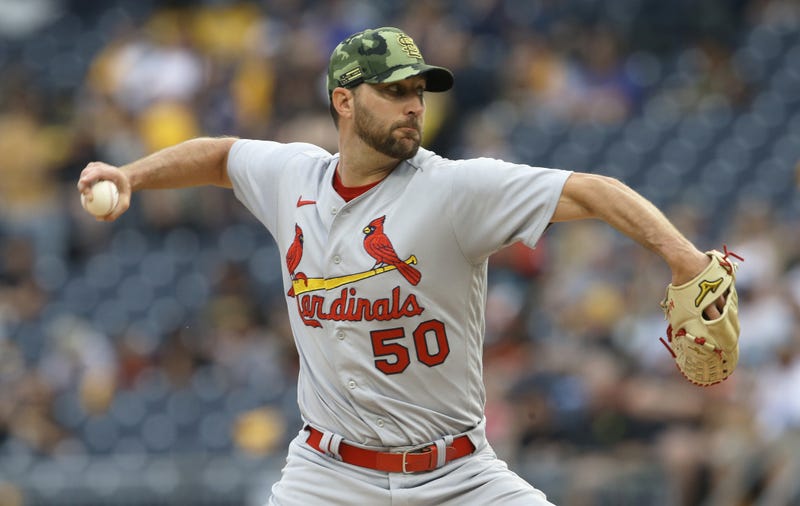 40-year-old St. Louis Cardinals pitcher Adam Wainwright has been very good against the Pirates over his career.

On Friday, a 38-inning shutout streak against the Pirates ended for Wainwright after first baseman Michael Chavis hit a solo home run, winning his last 10 starts against Pittsburgh.

Wainwright pitched seven innings giving up four hits in his win against the Pirates.

Even though he’s been a Pirates-killer, it’s hard not to like the veteran after seeing his latest instalment of “Day After Pitching Old Man Walk.”

In his 17th season in the Majors, all with the Cardinals, Wainwright says he is finally taking some time to appreciate the stadiums he pitches in and is going behind the scenes to meet the faces and voices behind the game.

In an eight-minute video, Wainwright took a trip around the press box with Robby Incmikoski talking to some of the Pirates beat writers, Pirates play-by-play guys and scoreboard graphics people who designed a sign on the right field wall that read, “Welcome Adam Wainwright (Please Stop Pitching Here).

Wainwright also talks about how much he loves PNC Park, needed to get to Heinz Field for a Steelers game someday, drafting Najee Harris in his fantasy league after meeting him and more.

Watch the video below.

ICYMI: Adam Wainwright, a thorn in the side of the Pirates? Yep. A good sport and a great guy? Also, yep!

We tagged along as he did his “Day After Pitching Old Man Walk” today….. and we badgered him a bit along the way!

Check it out! -RI pic.twitter.com/MalcNwoeGI