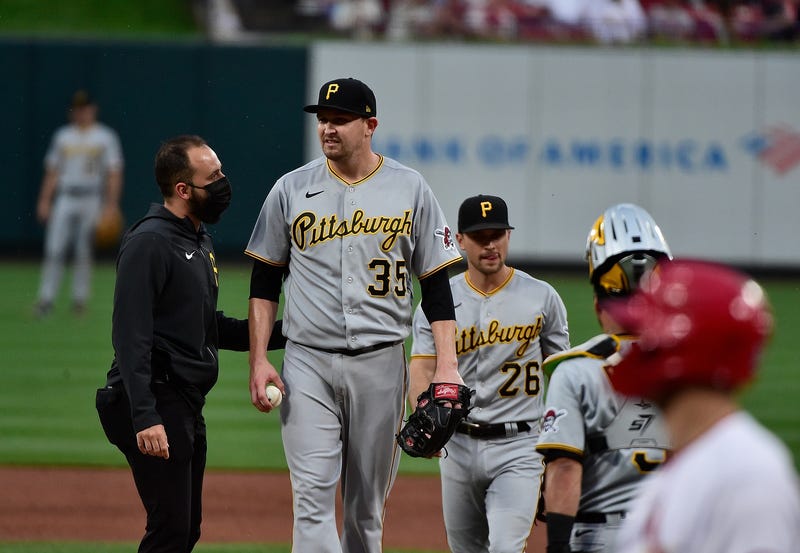 The Pirates have reinstated right handed pitcher Trevor Cahill from the injured list.

Cahill was injured in the second inning while pitching against the St. Louis Cardinals back on May 19.

To make room on the roster, the Pirates have placed RHP Luis Oviedo on the 10-day IL with a left quad strain.

In addition, Colin Moran is not in the starting lineup for their final game against the Los Angeles Dodgers on Thursday after he was hit in the hand during last night’s 2-1 loss.

Moran is still being evaluated.