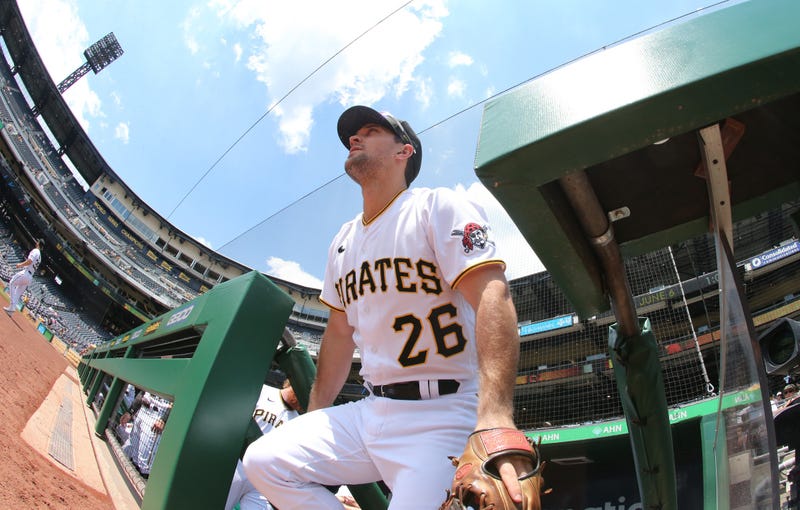 Frazier currently leads the Majors with 78 hits, one in front of Cincinnati’s Nick Castellanos.

Nightengale writes in USA Today that Frazier is a “prized trade chip” for the Bucs who are in the early stages of their rebuilding.

General Manager Ben Cherington has done a good job restocking the minor league system after inheriting a pretty lackluster one from the previous regime.

93.7 The Fan’s Kraig Riley believes that a Frazier trade should net a return better than what the Pirates got for Josh Bell, something that would have been a crazy notion just a year or two ago.

The Pirates got right handed pitchers Wil Crowe and Eddy Yean in return for Bell from Washington.

In addition to second, Frazier can play all three outfield spots.

Nightengale says, “he’d be the perfect fit for the Yankees, who struggle against lefties.”

The MLB trade deadline is July 30.