PITTSBURGH (93.7 The Fan) – The smiles would tell you how happy he is to return to the Pirates. Finding a way to vocalize it was an issue for Andrew McCutchen Friday as he signed his one-year, $5 million contract to again wear black and gold.

“I’m overly excited,” McCutchen said. “There isn’t a word that describes how I feel in this moment and being in this position. Not only me, but my wife and kids. It’s amazing to be here.”

“To have this opportunity to be able to come back, it doesn’t always happen. You don’t always get that chance. For me, I was just hoping that I did get that chance again. This place is a part of me. There is nothing like it. Nothing like being back and seeing familiar faces.”

It also hit him that he’s not just a player signing with a MLB team. He’s a former MVP with the Pirates, led them to three playoff appearances and it made him reflect on himself a decade and a half ago.

“You are a little naïve when you are younger,” McCutchen said. “I remember when I got drafted by the Pirates, you see the people that came before you. People like Roberto Clemente, you go other places, guys like Derek Jeter. Guys who have made a lot of history and a part of one ballclub. In my mind, that’s who I wanted to be.”

He realized as time went on how the business works. He understood the financial side of the game. Now to be back with the team that drafted him.

“It's really hard to answer questions specifically about myself being here because I still haven't been able to put into words how I feel right now,” McCutchen said. “I haven't really paused and really felt like, 'man, I'm coming back. I'm wearing a Pirates jersey again.' I'm still even feeling the way I was just driving to the stadium, because there's just a different feeling because you're actually part of this organization.”

He will now be a part of a bond that was very special to him. McCutchen said he lived downtown for the first four or five years of his career. He interacted with a lot of different people. Went to a lot of events. He knew people by name at Starbucks and Subway. The All-Star was a part of the community. 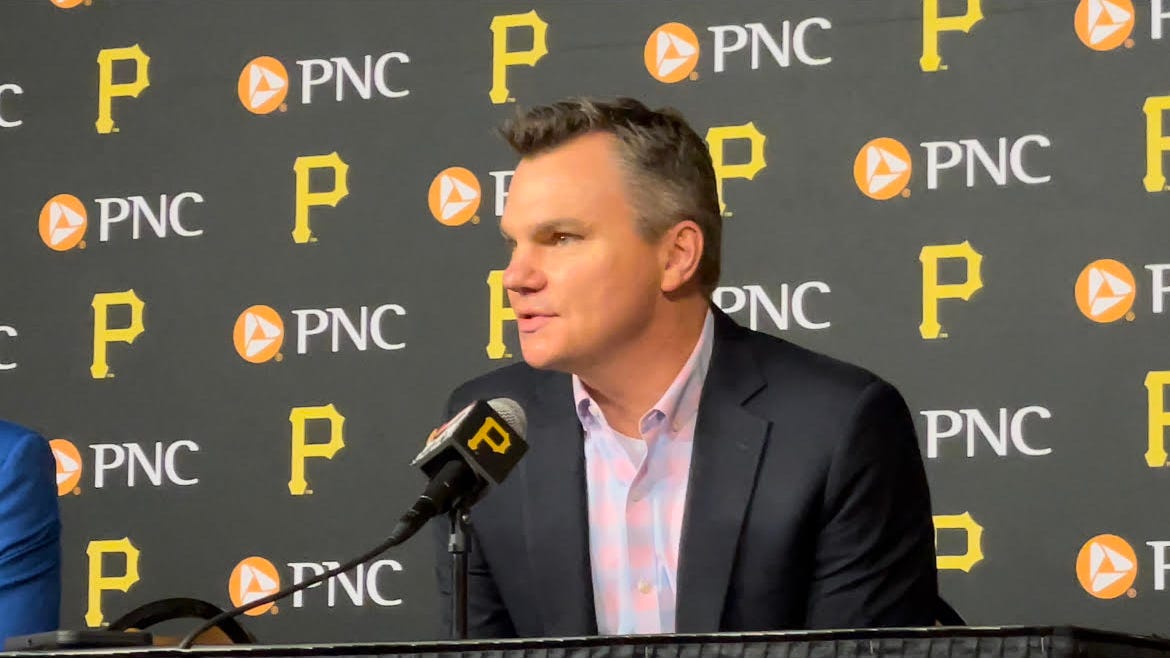 Why it took time for the Pirates to sign McCutchen

“I think that helped me develop a relationship not only just with people around that area but it also helped me to realize the passion of the fans – knowing their frustrations, knowing what they were excited about and it helped me grow,” McCutchen said.

“We grew together. I grew with them. I was a part of the losing but I was also a part of the winning, so we were – it wasn’t just the Pirates, it was the fan base, as well. That in itself helped that relationship and bond. Anyone who has been in Pittsburgh…you come here, it’s a big city but it has a very small feel to it. I think that’s what makes the Pirates and the city of Pittsburgh unique in a sense. I think that’s what created this bond with me and with them. We went through it all.”

“Ever since Xavier Nady left [nobody besides me] has worn 22,” McCutchen said. “Which is crazy, because I wanted to wear 24 when I first got here because of my idol, Ken Griffey Jr. But Tom Gorzelanny had it at the time. I knew I was like, 'Gorzelanny's probably not going to be here next year, I'll take it. I'll wear 22 this year, rookie year, and I'll wear 24 the following year.'”

“I got to wear 24 last year, which was neat. I got to be able to wear my idol and wear that number for the season. For me, it was really neat to be able to do that, just paying homage to Ken Griffey Jr and led to me wearing 24 and I'm wearing it because of you. I was able to tell him that. That was neat. It's nice being able to wear a number you've always worn the majority of your career."

Now he’s back wearing a Pirates number 22. It’s as if it was lowered from the rafters or taken out of a Hall of Fame and brought back in circulation. He may never have the words, but his smile should tell you what he feels.