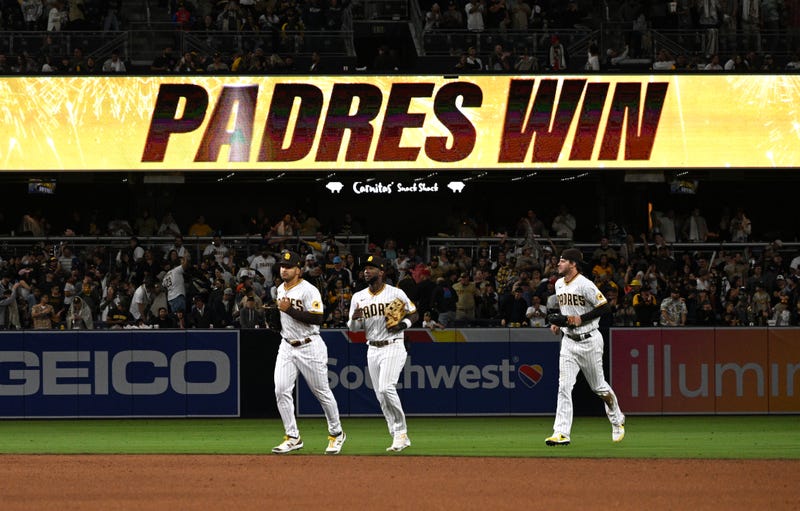 PITTSBURGH (93.7 The Fan) - Wil Myers broken bat single in the bottom of the 8th inning completes Padres comeback in 4-3 win over Pirates.

Jose Quintana pitched into the sixth inning without giving up any runs but was removed from the game after he allowed two runners on base.

Eric Hosmer hit a ground ball weakly up the third base line, catcher Tyler Heineman threw a dart to first base but Josh VanMeter didn't position himself correctly and Hosmer reached on an error.

VanMeter played first base because Michael Chavis had to leave the game due to an elbow injury. Derek Shelton said he will be day to day.

Wil Crowe came into the ballgame for Quintana with runners on first and second. He got Wil Myers to pop out but was not so fortunate with Luke Voit who crushed a three-run home run on a hanging slider to tie the game at 3.

Quintana was charged with two unearned runs and got a no decision. He remains with just one win on the season and lowered his era to 2.15.

"I thought he was really good and really effective," said Shelton. "That's a really good lineup, it's probably one of the better lineups in the National League and he navigated it really well. He ended up giving some soft stuff at the end, kind of ran away from his delivery at the end but I thought he was outstanding."