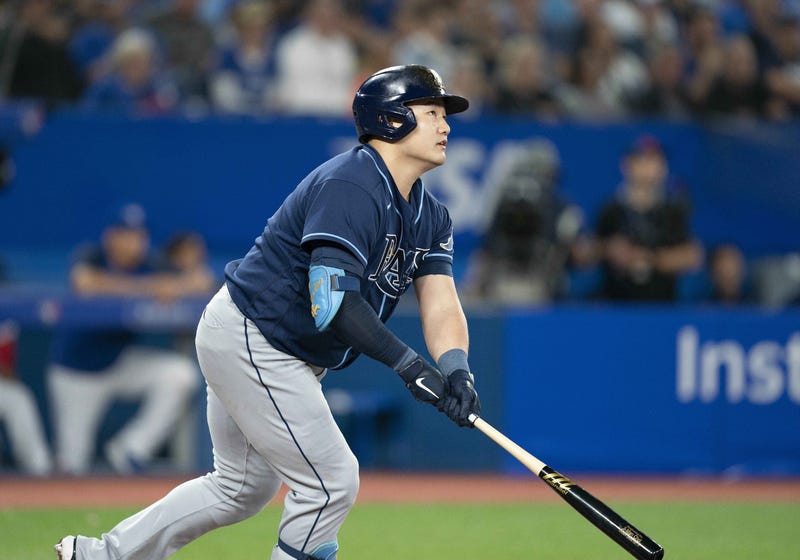 PITTSBURGH (93.7 The Fan) – Baseball’s off-season just a few days old and the Pirates added their potential starting first baseman for the 2023 season on Thursday.

Bucs traded minor league pitcher Jack Hartman to the Tampa Bay Rays for Ji-Man Choi. The right-hand hitter played 113 games for Tampa last season hitting .233 with 11 home runs and 52 RBI. He added 22 doubles with a .341 on-base percentage and .388 slugging. He made a total of three errors in 739 chances for a .996 fielding percentage. For his career, Choi has a .994 fielding percentage.

The 22-year-old Hartman was the Bucs fourth-round pick in 2020 out of Appalachian State University. The right-hander pitched in 22 games in relief for Class A Bradenton pitching 18.2 innings giving up 21 runs, 13 earned, the ERA was 10.13. Hartman walked 16 and struck out 19 with three wild pitches and a 2.036 WHIP.

Dropped from the 40-man

Several players were dropped from the Pirates 40-man roster. The following cleared waivers and were outrighted to AAA

The Bucs reinstated a number from the 60-day injured list on Thursday-all at least had a run in the majors.