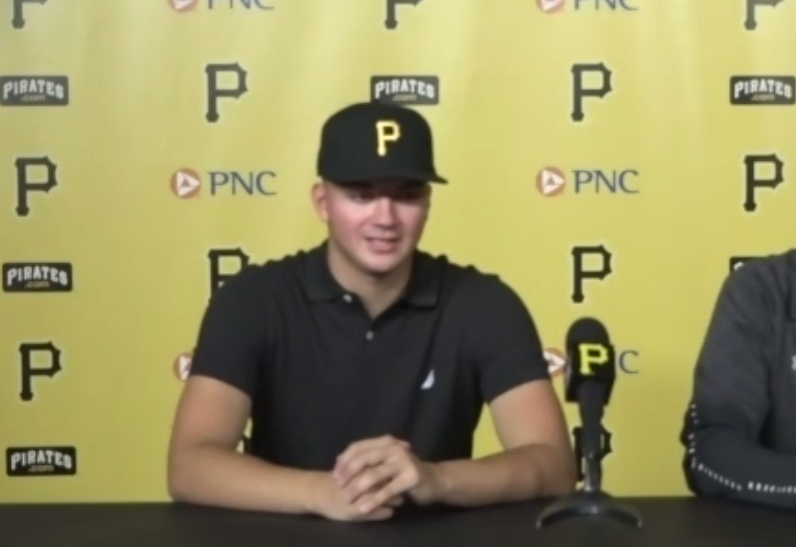 The Pirates have signed their second round draft pick, left-handed pitcher Anthony Solometo out of Bishop Eustance Prep School in New Jersey.

The move comes just days after they signed the number one overall draft pick in catcher Henry Davis.

Solometo said he took a few days to soak up the experience of being in Pittsburgh and around the Pirates, but once he saw his name on his contract, he’s ready to get to work.

The 18-year-old was picked 37th overall by the Pirates but was rated the 17th best player in the draft by MLB Pipeline.

Now with the Pirates, Solometo will begin his pro career in the Florida Complex League.