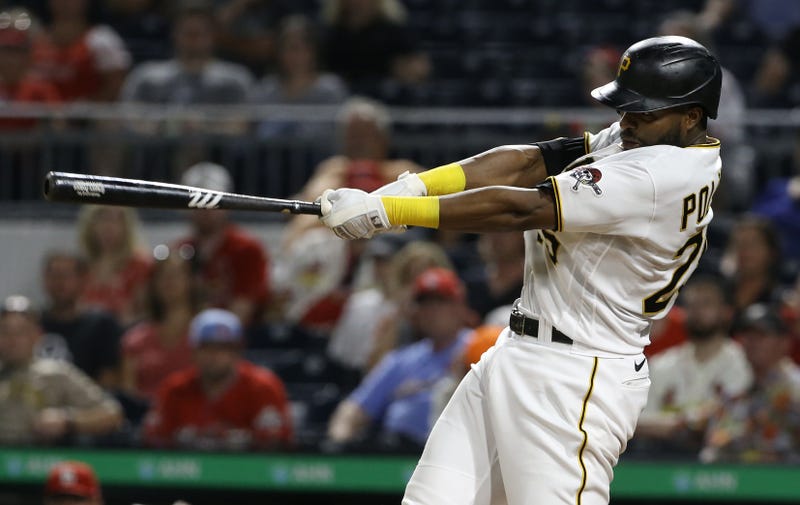 PITTSBURGH (93.7 the Fan) While he may not have played in the MLB since leaving the Pittsburgh Pirates, but Gregory Polanco has been on a roll in Triple-A.

After the Pirates cut the long time outfielder, he was scooped up by the Toronto Blue Jays organization and sent to Triple-A Buffalo.

With the Buffalo Bisons, Polanco has played in 12 games collecting four home runs, four stolen bases and is hitting at a .298 average.

It’s still up in the air if Polanco will make a return to the majors soon, but he could be a useful piece for the Jays as they fight for a playoff spot.

As of now, the Blue Jays are holding down a Wild Card spot in the American League and are a sure shot for a spot in the postseason.

Polanco may not crack the Blue Jays lineup on paper, but there could be an open door.

The Blue Jays play in the American League and they utilize the designated hitter.

A perfect spot for Polanco to once again reach the MLB.

Polanco hasn’t been the greatest fielder since his shoulder injury, but he can definitely still hit.

So far, he has been proving his worth at the plate with his new organization.

Now it’s only a matter of time before Polanco is in the postseason with the Jays and adding to an already powerful hitting lineup.