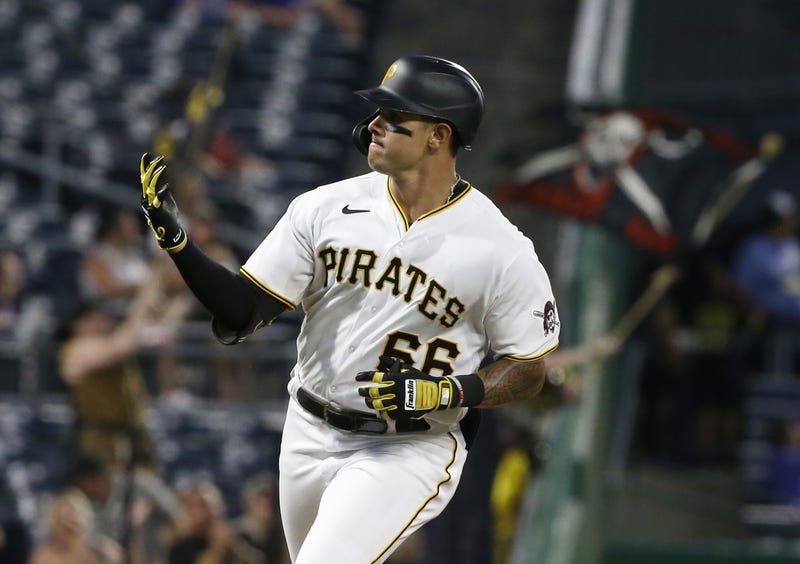 PITTSBURGH (93.7 The Fan) – Several injured Pirates are closing in on a return to the majors, some maybe even this week. Bucs GM Ben Cherington discussed what their plan is on 93.7 The Fan Sunday. You may not like it.

“We are going to put our best group of 13 position players out there,” Cherington said during his show on The Pirates Radio Network and 93.7 The Fan.  “Understand that doesn’t mean we are losing anybody.  In some cases, it might mean going back to Indy for a little bit.  There is nothing wrong with that.”

What has driven the excitement around the team the last week, really much of the last two months, has been the young position players coming up.  OF Jack Suwinski’s three-homer walk-off game, the 443-foot home run or that catch over the fence.  SS Oneil Cruz hitting some of the hardest balls in MLB all year.  OF Bligh Madris with multiple three-hit games in his first week.  INF Diego Castillo’s power surge, OF Cal Mitchell and Canaan Smith Ngijba.  INF Hoy Park and INF Michael Chavis haven’t been with the organization for even a year.

Some of those players will soon be heading to the minors, some in favor of journeymen players like Yoshi Tsutsugo, Josh VanMeter and Ben Gamel.  Also, another opportunity for first-round pick Kevin Newman.

“Really, we are not getting too far ahead of ourselves,” Cherington said on 93.7 The Fan Sunday.  “Even if we think about 2022, we want to continue to put our best possible team out there as often as possible.  The healthier and deeper we are, the better chance to do that.”

Cherington made it sound like middle infielder Van Meter would be the first to return and that likely will happen this week.  Tsutsugo (1B), Newman (2B/SS) and Gamel (OF) will start the week continuing to play in rehab games in AAA, but their return is going to happen ‘sooner rather than later’.  Tucupita Marcano (INF) is in the lineup for Low A Bradenton as he works his way back from injury as well.  Then there are outfielders Jake Marisnick and Greg Allen (out since Spring Training with a hamstring injury).

“What is our best group of 13 position players?” Cherington said on 93.7 The Fan and The Pirates Radio Network.  “If that includes a young player, great.  If it’s best that a young player goes back to Indy where they can play every day and take the learning they had gotten in the major leagues and apply it and keep developing, great.”

“In some cases, we believe, there will be development benefit for a young player to go back to Indy.  Could very well be that player comes back again at some point or is in that much stronger a position for us going into next year.”

“We are looking forward to those decisions because it means we are deeper and stronger,” Cherington said.