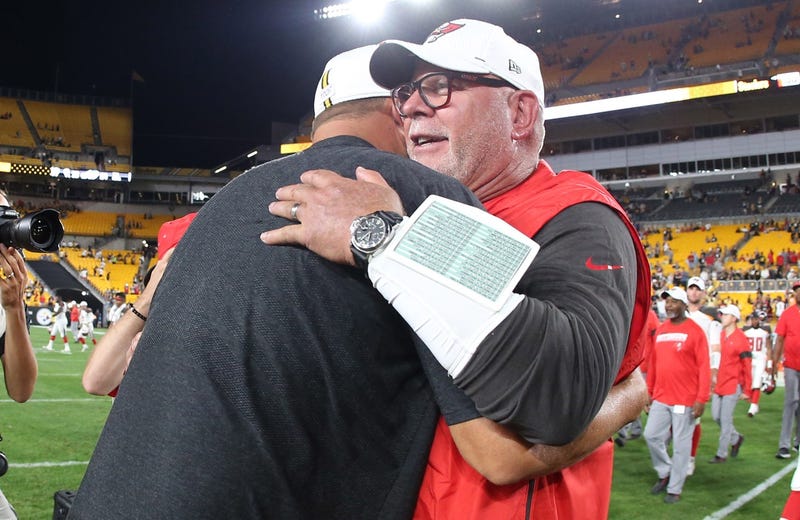 PITTSBURGH (93.7 the Fan) The kind words and tributes continue to pour in for the now former quarterback of the Pittsburgh Steelers.

It’s been over 24 hours since Ben Roethlisberger officially announced his retirement from the NFL and former teammates, coaches, and opponents have showed their support non-stop.

Bruce Arians was a coach at multiple positions with the Steelers from 2004 to 2011 before becoming a Super Bowl winning head coach in Tampa Bay.

With the Steelers, Arians was the offensive coordinator from 2007 to 2011 and grew close with Roethlisberger.

Arians sent a tweet Friday morning in honor of the recently retired quarterback.

Congratulations on your retirement and incredible career @_BigBen7. One of the best to ever do it. Honored to have been a part of your journey. Love ya kid! pic.twitter.com/I5XICQcMpv

In the tweet, Arians included a pair of photos showing how close they were both on and off the field in Pittsburgh.

The two won a pair of Super Bowls together and never had a losing season.