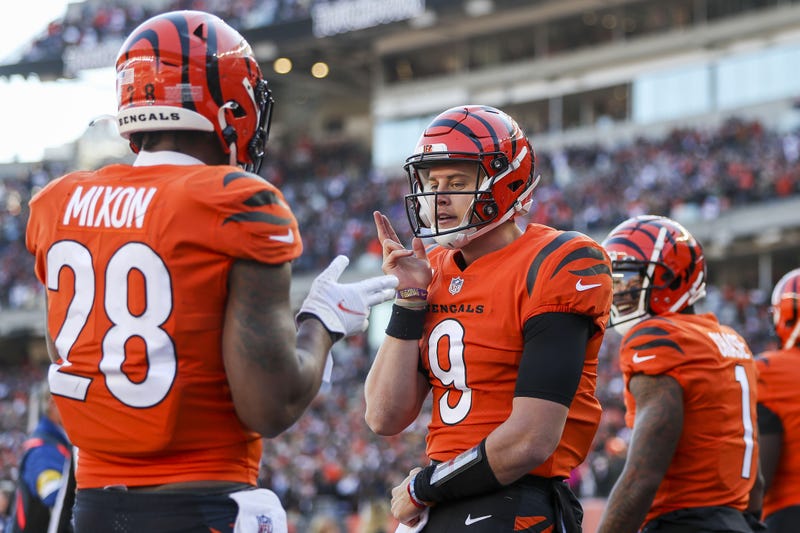 CINCINNATI (93.7 The Fan) – Steelers were an epic disaster in the first half at Cincinnati on Sunday. Ben Roethlisberger threw a couple of interceptions, one returned for a touchdown. Oh, and the offense played better than the defense.

The 39-year-old completed only five more passes to his team than the opponents in the first half as Cincinnati jumped out to a 31-3 halftime lead.

The Joe’s took it to the Steelers defense.  Joe Mixon became the first running back in 23 years to rush for over 100 yards in a half against the Steelers.  Mixon with 20 carries for 117 yards and a touchdown.  According to ESPN Stats, Eddie George with the Titans in 1998 was the last to do that with 101 yards.

Burrow threw an interception deep in Steelers territory and sacked on a third down from the one-yard line or the score could be more lopsided.  The second-year QB was 14-16 for 154 yards, a touchdown and an interception.  Receiver Tee Higgins with five receptions for 95 yards and a touchdown.

Najee Harris had five carries for 16 yards as Roethlisberger was 7-15 for 83 yards and the two picks.  The second returned by former teammate Mike Hilton for a 24-yard touchdown.