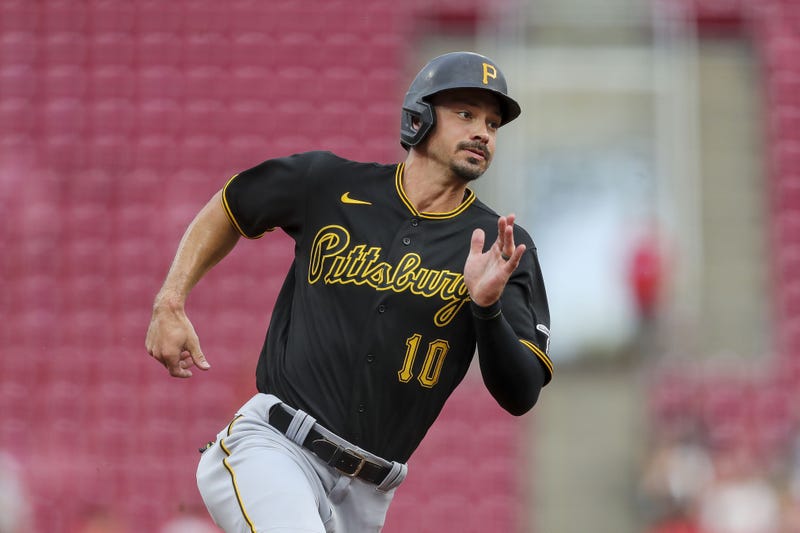 PITTSBURGH (93.7 The Fan) – Make no mistake, the Pirates listened to trade offers for All-Stars Bryan Reynolds and David Bednar. In the end, GM Ben Cherington and his staff believed they wanted to build with them instead of without them.

“Those two guys that would be really important parts of getting better quickly,” Cherington said.  “We respect the heck out of them as people, as players and value what they do for the Pirates on and off the field.  I’m really glad they are Pirates today.”

There were several players fans probably wished they would have traded who remain.  A lack of interest or at least a lack of a noticeable or any return for outfielder Ben Gamel, infielders Kevin Newman, Yoshi Tsutsugo (released Wednesday) or Josh VanMeter (even with his ability to pitch).

Cherington said he will meet with manager Derek Shelton over the next couple of days to figure out who they really want to give playing time to.  He says it will be Shelton’s decision, but there are players currently getting little time or in the minors he would like to see in August and September.

“I’ve always felt like right past the deadline is a great opportunity to reset on the next two months,” Cherington said.  “What are we looking to accomplish?  There is a lot at stake, there are really important games.  There is a lot we need to accomplish to get us into a stronger position going into next year.”

It would seem like there is little for the Bucs to play for other than finishing out the string on another losing season.  The team is 21 games under .500 and back in the basement of the NL Central.  Cherington said there are future positions open and opportunities to build a resume in the majors with a third of the season to play.

“Things can change quickly in baseball,” Cherington said.  “The best way we can change things quickly in our favor is just to keep doing the things we set out to do and keep doing them better.  Whether that’s acquiring players at the right time or helping players get better at a faster rate.  We got to stick to that, keep getting better.  Assuming we do that, that division order and the behavior at the deadline will look different.”

The fourth-year Pirates general manager said listening to all of the potential trade offers has led to productive evaluations of what they have currently.  Who they value in their system and where their strengths and weaknesses are.

“We are excited about the deals we did make and the players we got back,” Cherington said.  “They have a chance to be a part of what we are building.  Feel really good that we identified what we are willing to do and what we are not willing to do.  We also learned a ton the last few days about perhaps what opportunities could be out there this offseason.  That is valuable for us too.”

This is your team, at least for the next couple of months barring a couple of potential players designated for assignment or called up from the minors.  Now back to the process of becoming a winning organization again.

“It’s our job to change it,” Cherington said.  “To change the order.  We’d much rather be talking about adding players for a playoff chase, that’s what our goal is.”

“We expect to do that here.”